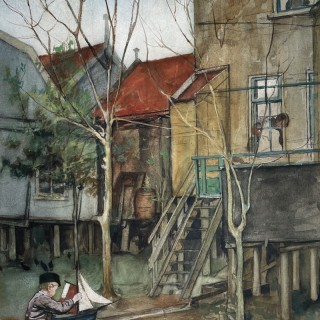 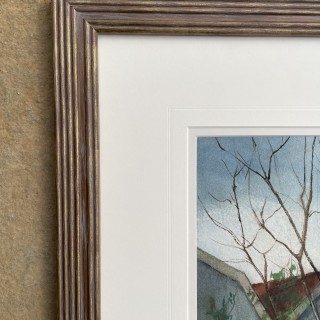 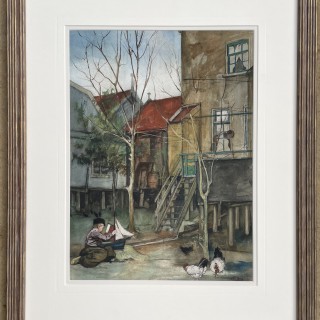 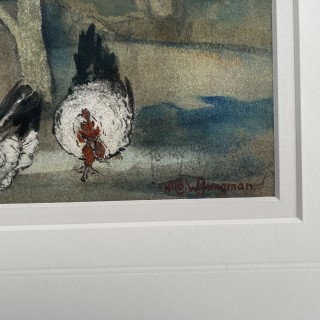 Nico Wilhelm Jungmann was born in Amsterdam where he studied at the Rijksakademie and was apprenticed to a church interior designer and painter. He moved to London in 1893 and became a naturalised Englishman and married Beatrix Mackay. As an illustrator, figure and portrait painter, Dutch figures and customs remained a source for many of his works and he made frequent painting trips of Holland, Brittany and elsewhere on the Continent. Jungman held his first one-man show at the Dowdeswell Gallery in 1899 and exhibited the Royal Academy, Grosvenor Gallery, Royal Society of British Artists and in Munich, Paris and Brussels. He illustrated topographical books on Holland (1904) and Norway (1905) and Normandy (1905). At the outbreak of World War I he was in Germany and was interned in Ruhleben civilian detention camp. His series of paintings of the camp are in the collection the Imperial War Museum, London.