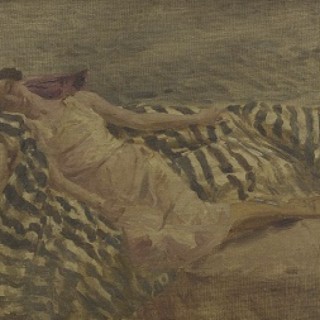 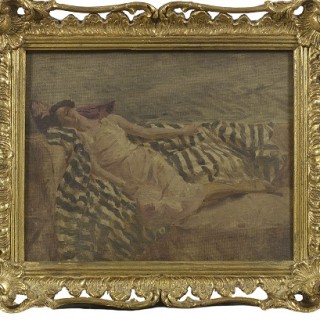 Born in Munich to a family of artists he moved with them to England in 1868. He was influenced stylistically by his father Oswald and James McNeil Whistler whose biography he published in 1908. After ill health led to his failure at a number of different jobs, it was decided that only painting would suit his weak constitution. He was elected a member of the New English Art Club in 1888 and a year later he was one of ten painters, including his elder brother Walter, exhibiting together as the ‘London Impressionists’ at the Goupil Gallery. He travelled widely on the continent with Walter and the two often exhibited their work together. He also exhibited at the Allied Artists’ Association before the Great War, during which he served as a nurse. His work is represented in several public collections including the Tate.