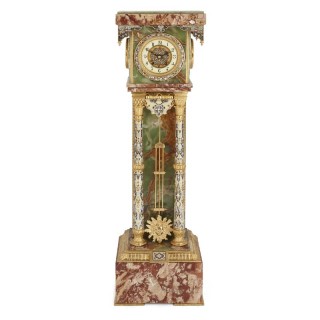 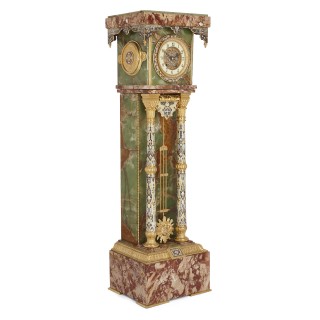 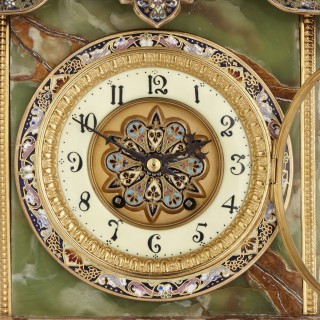 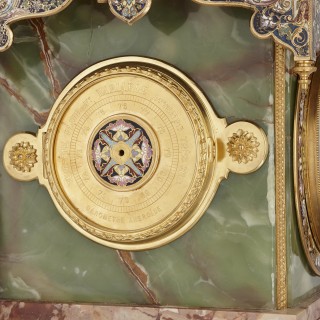 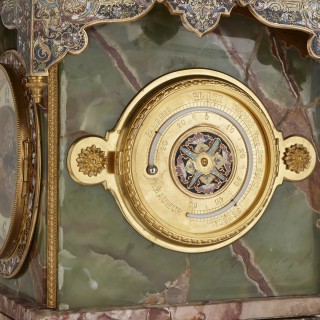 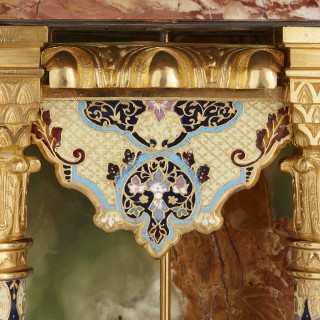 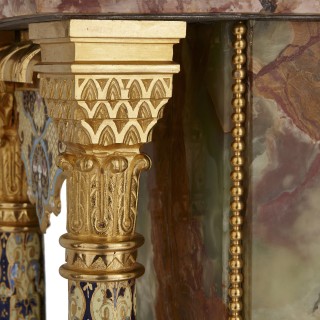 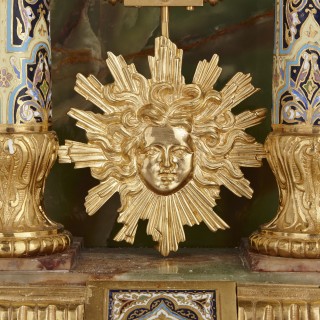 This colourful pedestal clock has been crafted from fine red marble and green onyx, and beautifully decorated with gilt bronze (ormolu) and champlevé enamel. While a popular crafts material in ancient times, onyx was largely forgotten about until its rediscovery in the mid-19th Century in Algeria by a French marble-worker called Delmonte. Onyx became highly fashionable in France following this discovery, and it was used to create a variety of decorative art objects.

Supporting the clock case is a tall green onyx block, and a pair of free-standing columns. These columns feature stylised gilt bronze capitals, colourful champlevé enamel shafts with gilt bronze gadrooned bands around their middles, and gilt bronze bases. The column shafts are decorated with white, yellow, royal blue, navy and green enamels, which form Islamic-inspired geometric and floral shapes. A gilt bronze egg-and-dart band and shaped champlevé enamel apron connect the two column capitals, and a clock pendulum hangs in the space between the columns. The pendulum’s tip is decorated with a gilt bronze Apollo sun-burst motif.

The clock is placed on a red marble plinth, the top of which is decorated with a guilloche gilt bronze band and a central champlevé enamel plaque. This plinth is set on four slim gilt bronze feet.