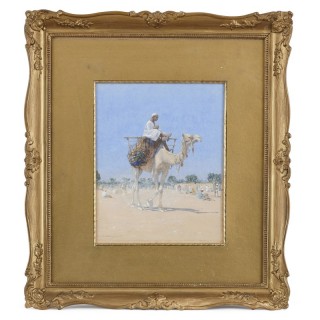 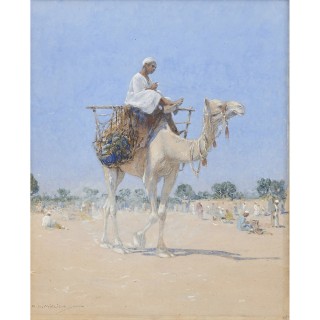 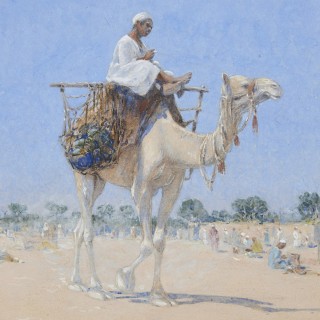 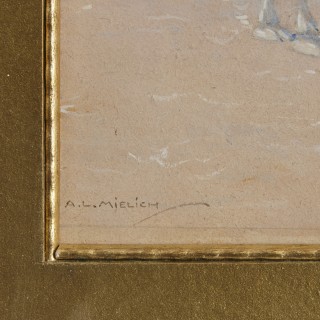 Depicting an Arab man riding a camel through the desert, this watercolour painting is a fine example of late 19th century Orientalism. In the distant background, there are other figures portrayed sitting down, with an oasis of trees lining the horizon. This line strikingly breaks up the painting into halves: the pale blue sky is beautifully contrasted with the dusty sand.

The present work was painted by celebrated Austrian artist Alphons Leopold Mielich (1863-1929). After leaving the Austrian Army in 1887 due to ill health, Mielich travelled extensively to the Middle East to convalesce, which inspired his Orientalist paintings such as this one.

The sheet is signed ‘A.L. Mielich’ to the lower left, and is held in a giltwood frame.