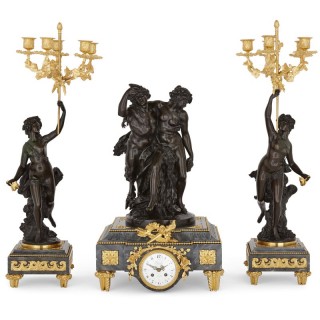 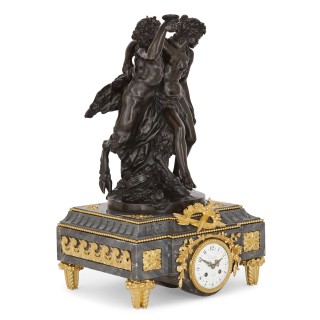 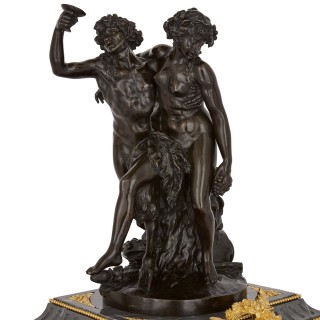 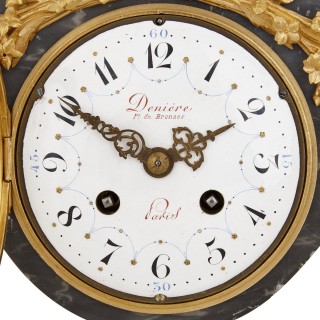 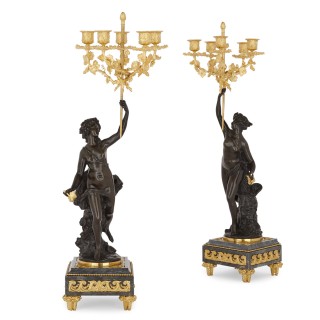 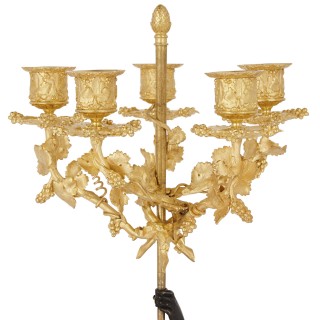 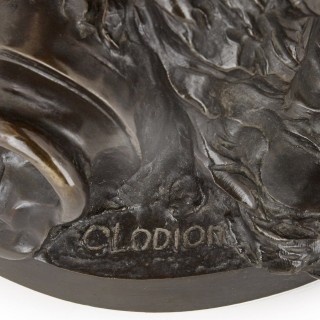 This clock set contains a mantel clock and a pair of candelabra. The central mantel clock is formed of a rectangular gilt bronze mounted grey marble base. Raised on four gilt bronze feet, the base is set to the front with an enamel dial, the hours in Arabic numerals and the dial signed for the maker, ‘Denière / Ft de Bronzes / Paris’. The dial is encompassed by a gilt bronze rim and bordered to the top by a gilt bronze foliate mount. The remainder of the marble base is mounted with gilt bronze elements throughout, including running dog motif friezes and a large torch-and-arrows insignia.

The base is surmounted by a large patinated bronze sculptural group of a satyr and female figure, both of whom are engaged in Bacchic revelry. This bronze is signed ‘Clodion’, for Claude Michel, and is thus likely after an original marble by the 18th Century French sculptor.

The pair of candelabra is similarly decorated, each one raised by a gilt bronze mounted grey marble base. The stem of each candelabrum is in the guise of a patinated bronze female figure who holds a gilt bronze staff; from this staff spring five gilt bronze branches, each one terminating in an individual candle holder.