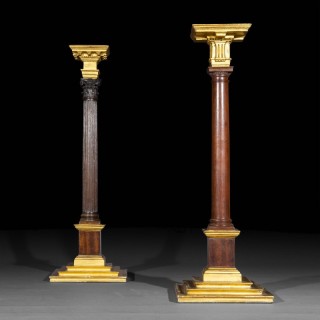 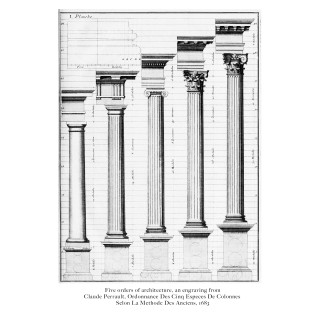 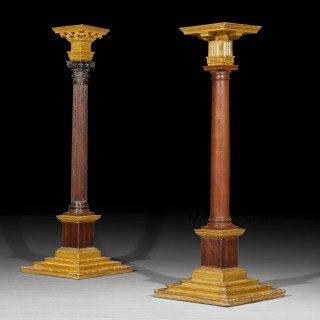 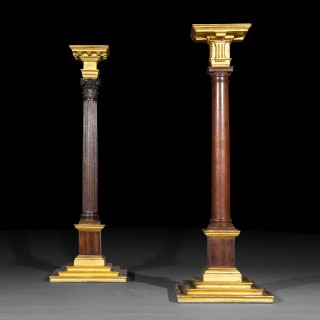 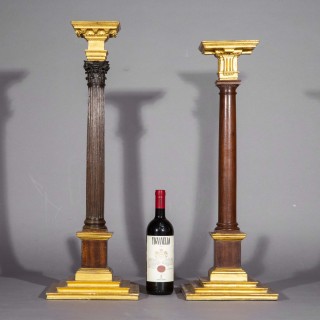 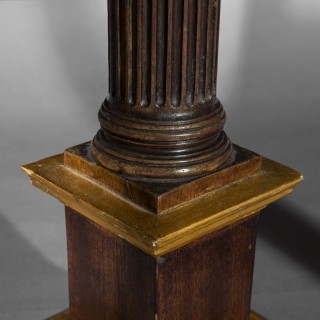 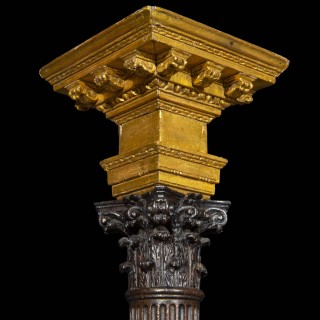 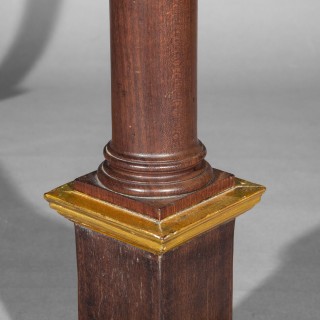 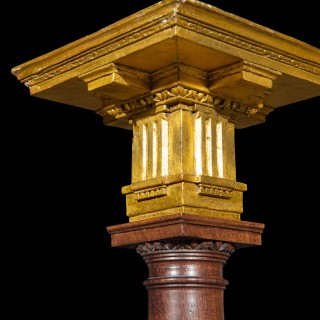 Why we like them
Exquisitely carved from the best mahogany and having accents picked out in gold, these extremely rare survivals from the golden era of Classical architecture in Britain were perhaps intended for an architect’s office, or for a study of a gentleman architect, such as Lord Burlington (1694–1753), who was famously known as the “Apollo of the Arts” and the “Architect Earl”. Such exquisite and decorative objects were copied from ancient Greek and Roman originals, that aspiring architects could see and draw during their ‘Grand Tour’ in Italy, Greece, Ottoman Empire and etc.

The only other comparable example of such rare objects that we came across was a set of three columns, previously owned by the late Sir Albert Richardson (1880–1964), architect, historian, writer, artist, teacher and sometime President of the Royal Academy –  sold by Christie’s London, 19 September 2013, lot 173 (£13,750). A comparable delicacy of the carving, in the manner of the ‘St. Martin’s Lane circle’, suggests that our columns were very likely made by the same master-craftsman.

remarkable condition for their age and delicacy; gilding refreshed at some point in the past