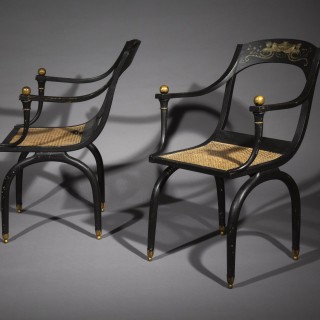 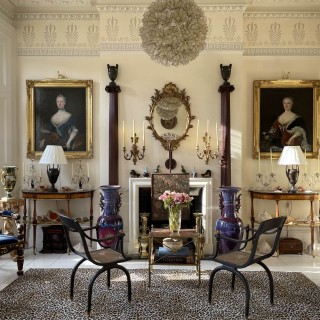 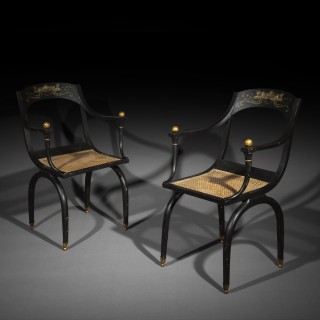 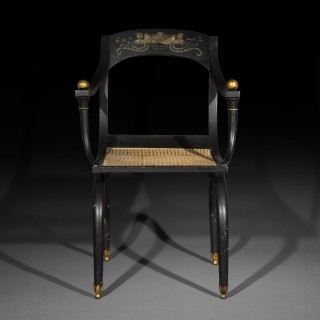 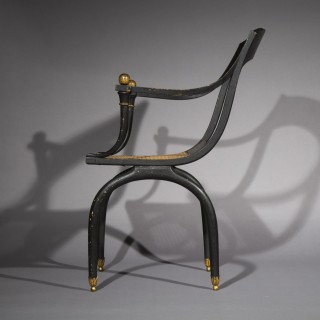 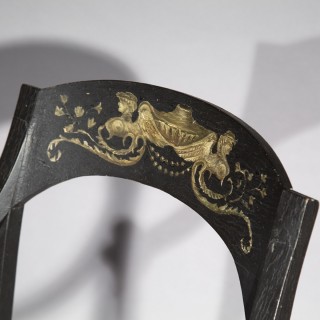 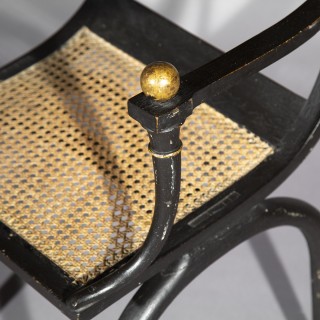 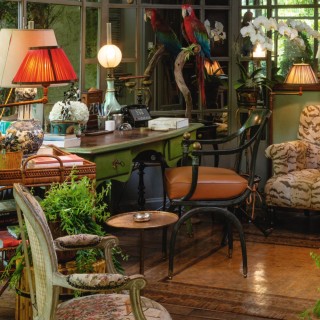 Pair of Antique Curule Armchairs, after a design by Jean-Joseph Chapuis

A very decorative pair of open armchairs of curule form, parcel-gilt and black painted to simulate patinated bronze, in the style of Jean-Joseph Chapuis (1765–1864)
19th century

Why we like them
A splendid example of the turn of the 19th century design, inspired by the Classical Antiquity. Decorated in the exotic ‘Etruscan’ style to simulate patinated bronze, with their dramatically exaggerated curves, evoking the ancient Roman sella curulis – the ultimate symbol of power, these chairs certainly stand out.

Jean-Joseph Chapuis was an important Belgian furniture designer who was active mainly in the first half of the nineteenth century and has since become a well-known figure in studies of design history that trace the development of modernism to the turn of the nineteenth century. The present design is often cited as an important early example of the use of laminated bentwood in furniture.  Examples of this model are in the collections of the Victoria and Albert Museum, London (stamped Chapuis), the Carnegie Museum of Art, Pittsburgh, The Minneapolis Institute of Art, Rhode Island School of Design Museum, Providence, Neue Sammlung, Munich and Vitra Design Museum, Weil am Rhein.

Pair of Antique Curule Armchairs, after a design by Jean-Joseph Chapuis

after a design by jean-joseph chapuis