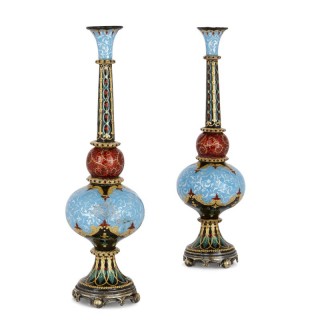 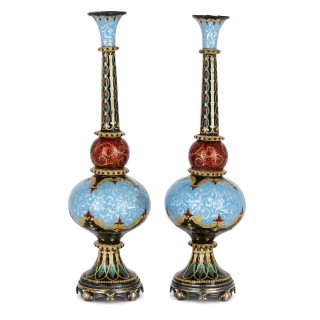 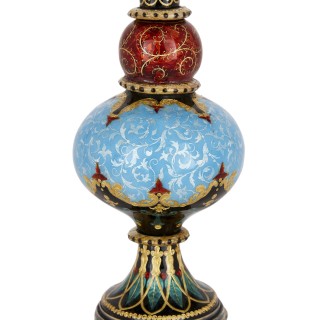 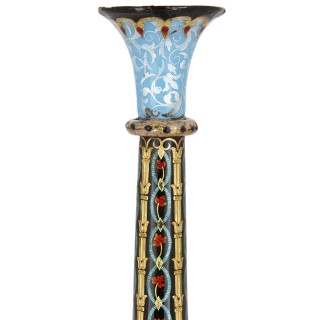 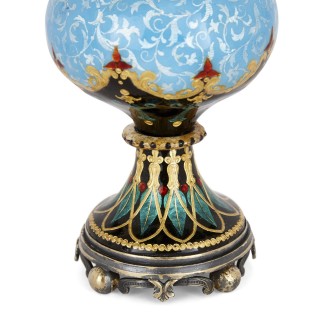 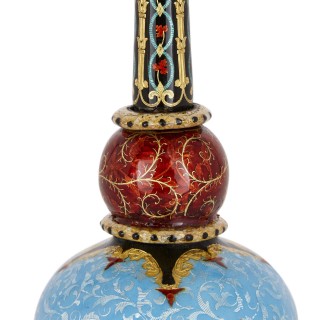 These two unusual vases are beautifully crafted from polychrome enamelled bodies, with parcel gilt and arabesque detailing. This elaborate design highlights their Islamic Ottoman influence, as they were produced in France for export to the Turkish market in the late 19th Century.

Supported by a circular waisted base, the vases have two spherical sections and a long slender neck, culminating in a flared rim. The lower, larger, spherical sections feature turquoise blue enamel grounds, scrolling silver arabesque decorations and parcel gilt borders. The upper, smaller sections are red with gilt scrolling. The other sections include elements of the blue, red and parcel gilt detailing, on a dark ground.