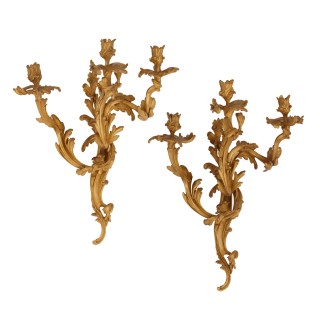 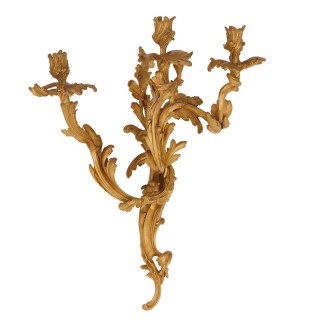 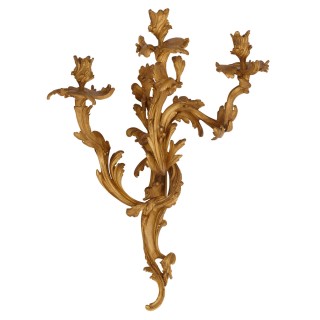 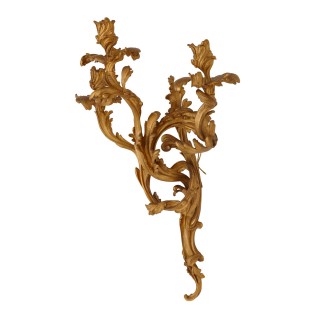 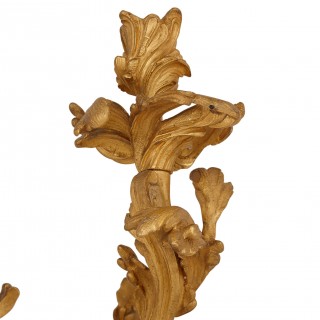 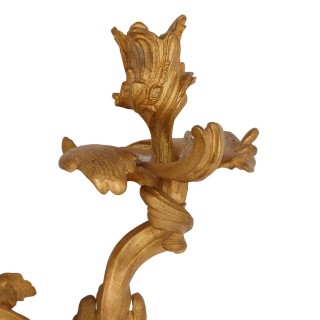 The sconces in this pair are wrought from gilt bronze in the Baroque manner. Each sconce features three ornately scrolling light branches, each moulded with acanthus leaf forms and each terminating in a foliate drip tray and candleholder. The three branches issue from a similarly formed backplate, which undulates elegantly and is likewise moulded with acanthus leaves. The pair are superb examples of French nineteenth century craftsmanship.