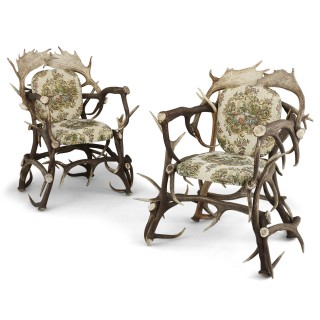 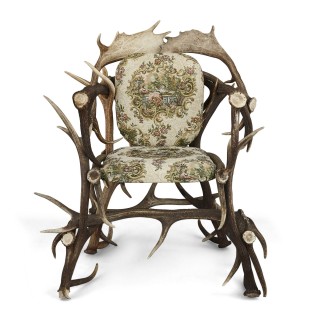 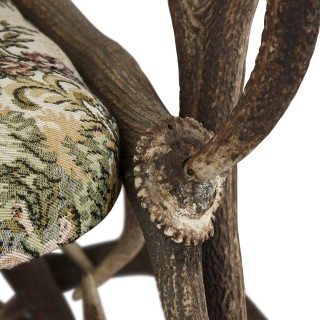 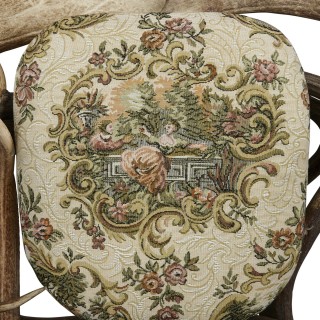 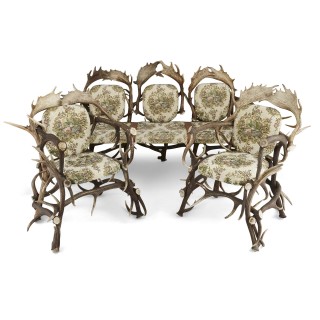 These unusual chairs, an example of ‘antler-seat furniture’, were likely crafted in Germany in the early 20th Century. Each chair features a backrest cushion framed with crossed antlers, with the remaining structure also formed from antlers. The cushions are upholstered in a Rococo style fabric, which features a cream background and charming figurative scenes within scrolling rocaille-like frames, surrounded by various floral details.