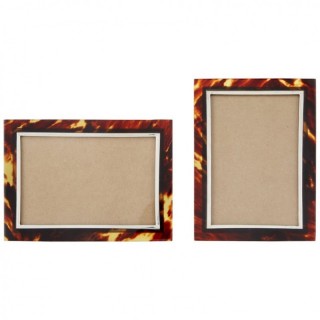 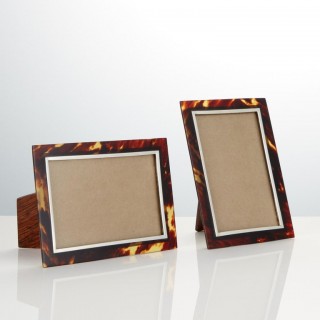 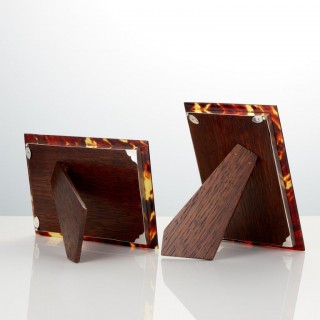 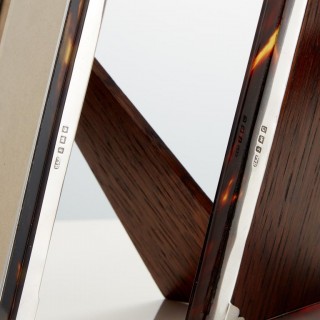 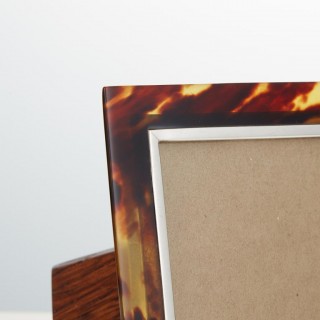 A pair of antique tortoiseshell and sterling silver photograph frames.
Makers Horton and Allday dated Birmingham 1902.
A beautiful pair of frames the tortoiseshell has a beautiful light and shade patina.
The silver has full makers mark and date letter.
Origin England and they are both in excellent condition.

Horton & Allday, silversmiths in Birmingham
The firm was founded in Birmingham circa 1860 by Alfred George Horton and Harry Allday. Horton died in 1886 and the business was continued by Allday alone maintaining the name Horton & Allday. The firm was active at 193 Warstone Lane, Birmingham where they remained until 1931 then moved moved to 58 Northampton rd.