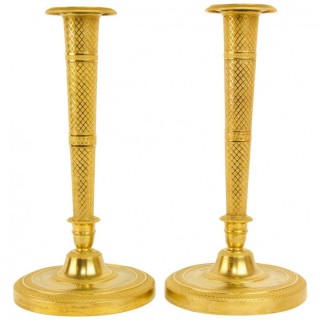 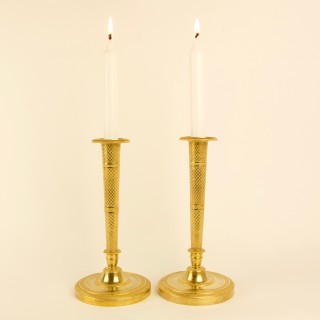 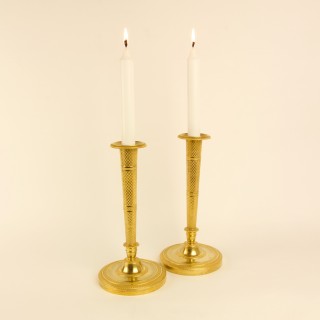 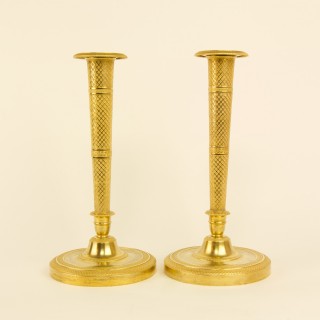 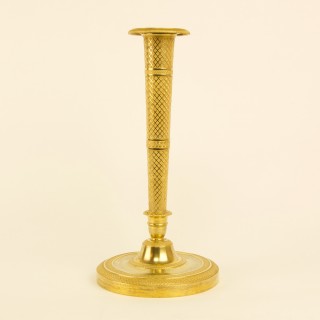 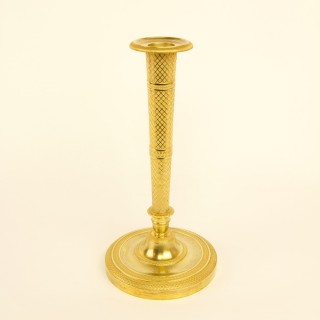 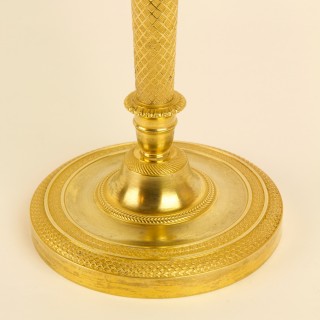 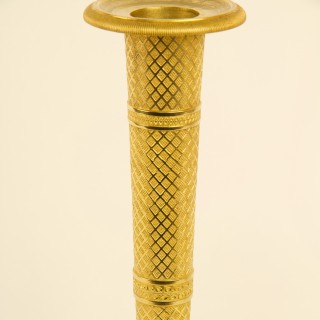 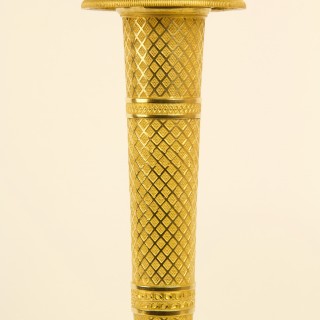 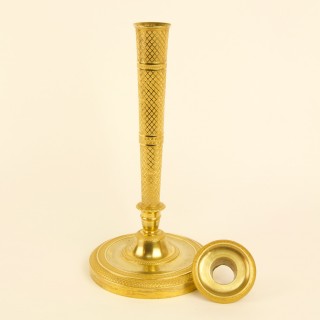 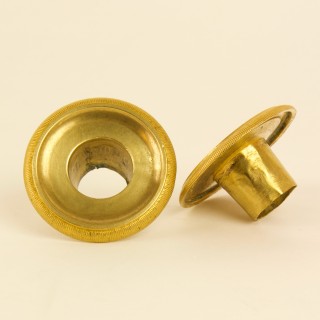 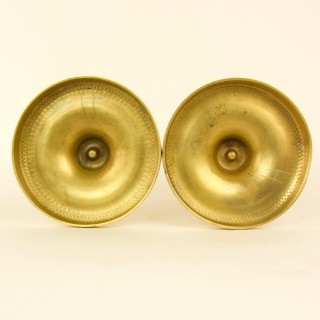 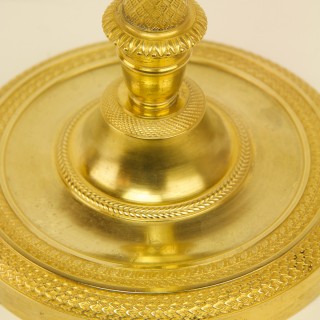 A tapering stem with rich trelliswork relief divided into three sections by two rings with foliage and lozenge decoration raised on a round and slightly domed ormolu foot; the rim of the foot being decorated with lanceolate leafs. The candlesticks are topped by removable drip pans with cannelure rims.

The pair shows a very fine gilding and an elaborate guilloche relief decoration, which, together with the timeless classical conic shape lead to one of the most important fondeurs-ciseleurs or bronze makers of his time, Claude Galle (1758-1815): having been received as a maître in 1786, Galle nearly immediately gained many commissions from the Garde-Meuble de la Couronne and then enjoyed significant patronage under Emperor Napoleon. He is known to have collaborated with Pierre-Philippe Thomire (1751-1843) and was responsible for the majority of bronzes d’ameublement supplied during the Empire to Château de Fontainebleau and other palaces. The world’s finest collections exhibiting his work, i.e. Musée National de Château de Malmaison, the Musée Marmottan in Paris, the Museo de Reloges at Jerez de la Frontera, the Residenz Munich and the Victoria and Albert Museum in London.

claude galle, in the manner of