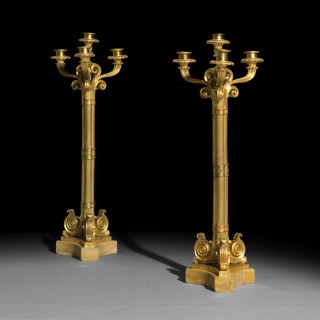 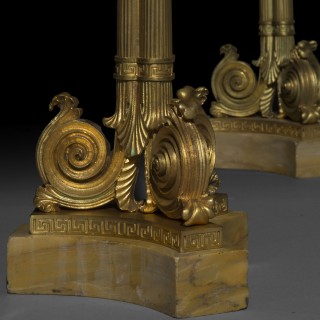 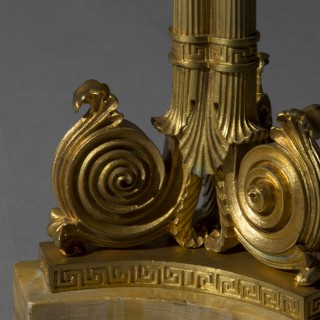 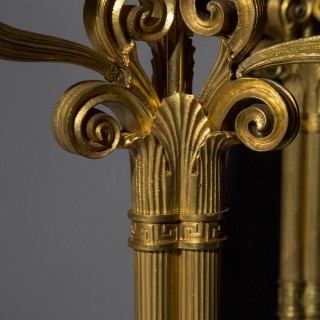 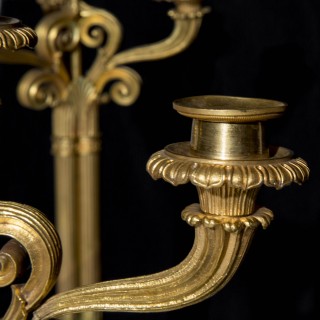 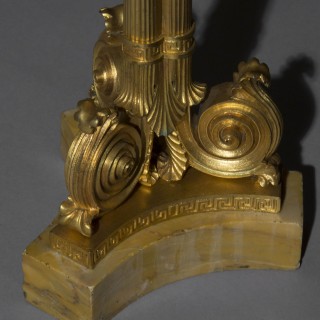 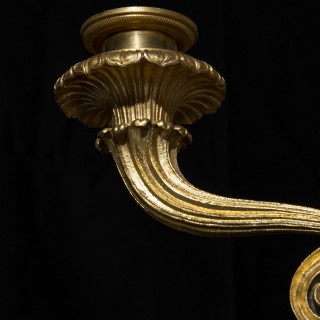 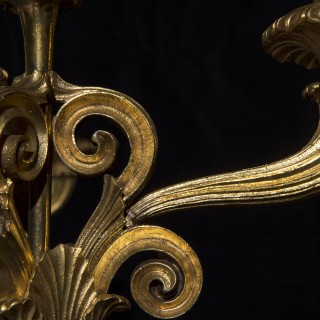 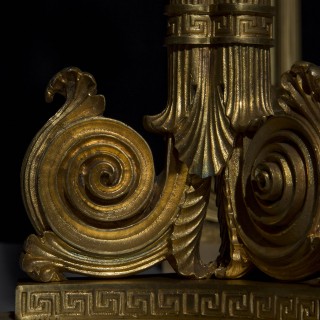 Pierre-Philippe Thomire (1751–1843).
Under the Ancien Régime Thomire thrived, his artistic prowess achieving the same exalted status as Gouthière. However, Thomire particularly distinguished himself from other contemporary artisans in his ability to maintain his enterprise through the Revolution. By the beginning of the nineteenth century, Thomire emerged as France’s most important bronzier and continued his work through the Empire period.

Born into a family of ciseleurs, Thomire studied sculpture at the Academie de Saint-Luc, where his talent was noted by the celebrated sculptor Jean-Antoine Houdon (1741-1828). Shortly after receiving his maîtrise as fondeur-ciseleur in 1772, Thomire began working with renowned bronzier Pierre Gouthière (1732-1813) and with ciseleur-doreur du roi Jean-Louis Prieur (d. circa 1785-1790), before opening his own workshop in 1776.
Famed for his production of finely-chased gilt-bronze objets de luxe, a large quantity of which were commissioned by the Crown, Thomire frequently collaborated with marchands-merciers such as Simon-Philippe Poirier, the latter’s successor, Dominique Daguerre, while regularly supplying finely-chased mounts to celebrated ébénistes such as Adam Weisweiler (maître in 1778) and Guillaume Beneman (maître in 1785).
Upon the death of Jean-Claude Duplessis, the artistic director of the Sèvres porcelain manufactory, in 1783, Thomire assumed the role of bronzier to the manufactory, thereby becoming responsible for designing and fitting the superb ormolu mounts for which the manufactory was famed.
In 1809, Thomire was made ciseleur de l’Empereur by Napoléon, his firm becoming fournisseur de leurs Majestés in 1811.
Having produced an unparalleled oeuvre, Thomire relinquished control of his business to his sons-in-law in 1823. The firm, which would come to be known as Thomire et Cie since 1819 and remained successful throughout the Restauration, before ceasing to trade in 1852.