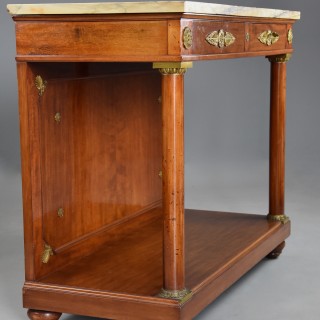 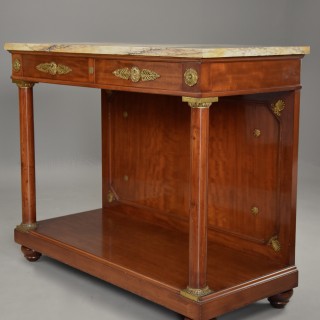 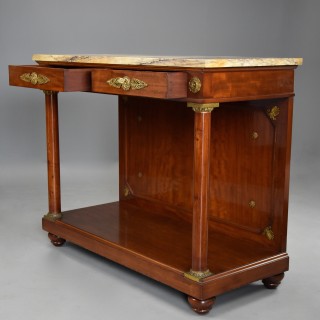 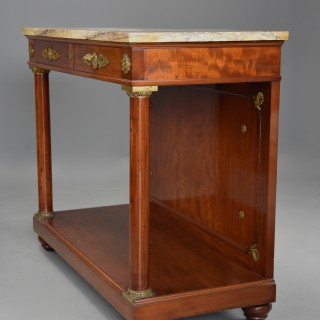 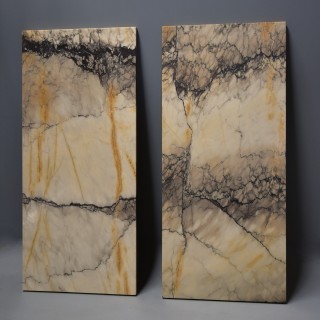 This pair of tables consist of original rectangular marble tops leading down to two drawers each with decorative gilt metal escutcheon with key, with small gilt metal patera to the centre and larger paterae to either side, the drawers with manufacturers stamp and metal label.

This leads down to two turned front supports of column design with gilt metal mounts to the top and bottom.

Maison Krieger (1826-1910) was established in 1826 by brothers Antoine and Nicolas Krieger in Paris, the name changing many times over the years with different family members joining the company and in 1880 was based at 74 Rue du Faubourg-Saint-Antoine.

They were one of the largest furniture manufacturers in Paris in the late 19th century with a large factory in Faubourg-St-Antoine producing many styles of furniture, they exhibited at all the major exhibitions in the mid-late 19th century such as 1849 ‘Exposition du Produits’ in Paris and the 1851 ‘Great Exhibition’ in London where they were awarded a medal for an oak sideboard, also known as being clients of Francois Linke.

This pair of tables are in good, original condition for age, are of stable construction and can go straight into a  home.