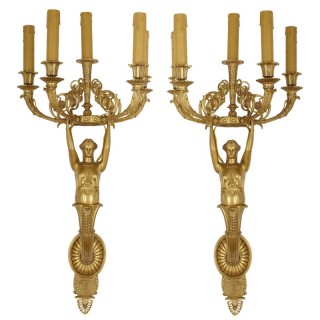 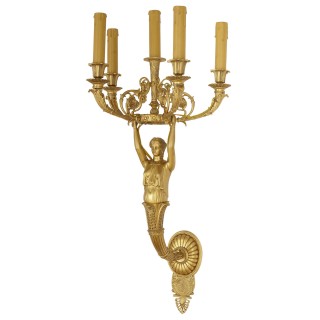 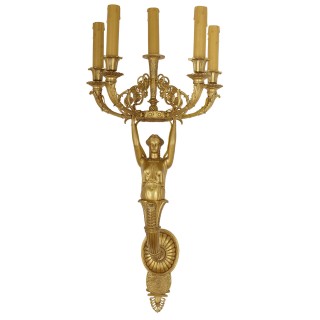 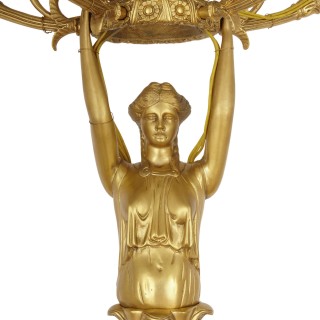 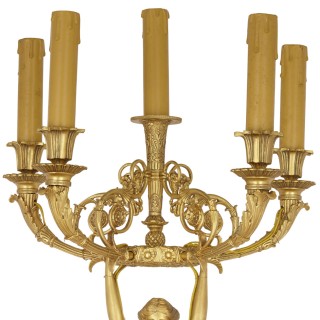 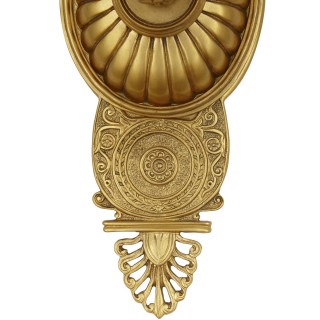 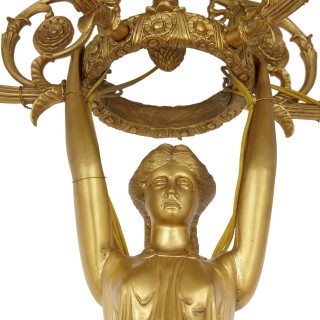 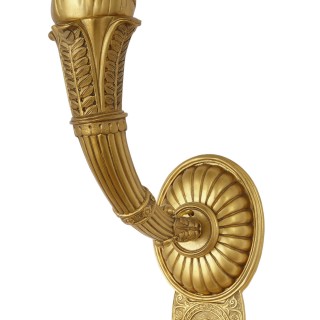 This elegant pair of sconces is wrought from gilt bronze in the French Empire style. Each sconce features five scrolled branches, the branches moulded with acanthus leaves and other foliate detailing. The branches are connected by a series of pierced scrolls, and the entire head of each sconce is supported by the outstretched arms of a half-length female figure, the style and form of which is distinctly classical. This figure springs from a scrolled bracket, which is affixed to the wall with a moulded backplate.