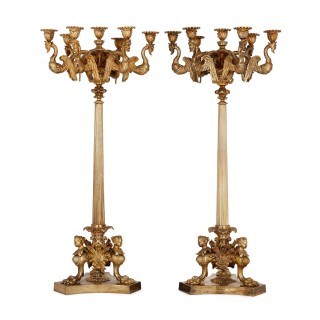 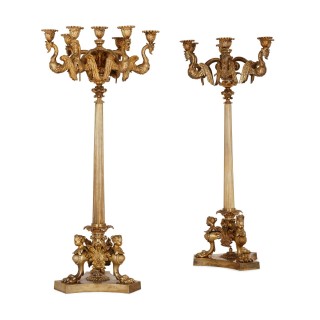 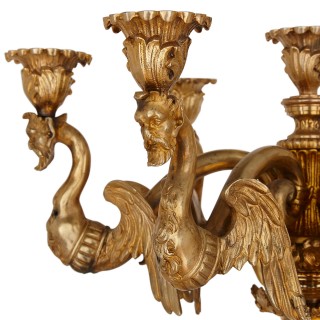 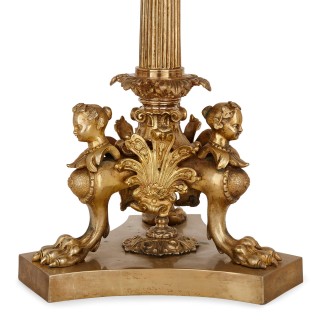 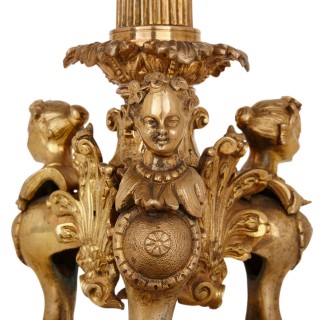 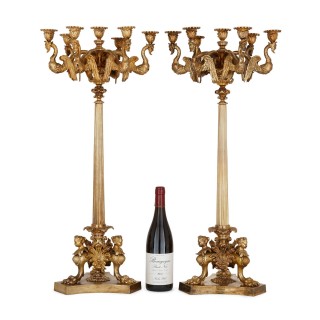 The fine gilt bronze candelabra in this pair are crafted in the eclectic style that prevailed during the reign of Napoleon III. The candelabra display hints of Louis XVI classicism, incorporated with extravagant mythical beasts. Each candelabrum features tapering central column, which supports the head comprised of six light branches modelled as male mythical beasts, as well as a centrally placed seventh branch. The base below is similarly formed, featuring a tripod foot of three female mythical beast feet. The foot of each is set atop a curved-side triform plinth.