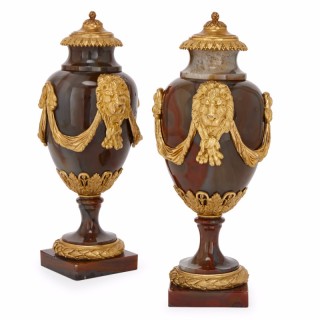 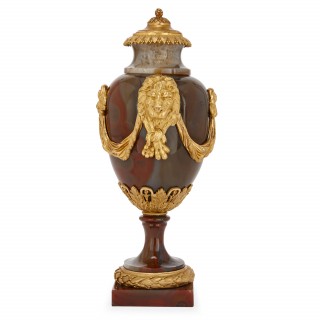 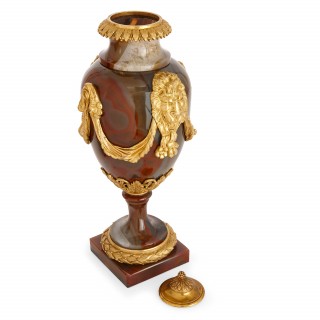 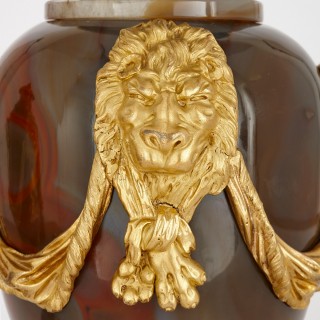 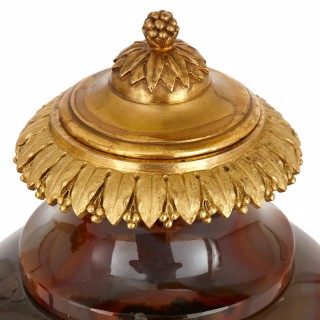 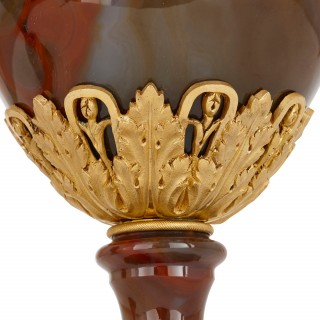 The vases’ design is attributed to the late 18th Century French clockmaker Martin Baffert. Baffert worked with a number of Parisian bronziers including Jean-Nicholas Fremont, Nicolas-Guillaume Jourdan and Francois-Robert Leguel, who assisted in the creation of his designs. This pair of vases is very similar to another pair of vases which Baffert designed, which form part of a clock garniture currently in the Rothschild collection at Waddesdon Manor. The Rothschild vases feature similar ormolu mounts with lion masks and drapery, and similarly shaped bodies sculpted from alabaster.