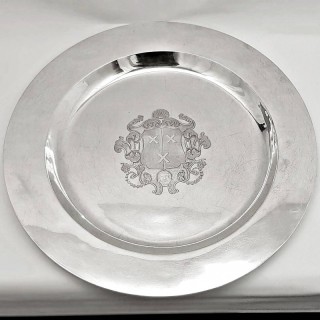 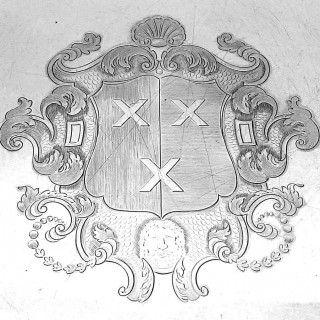 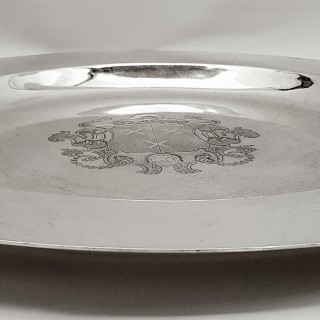 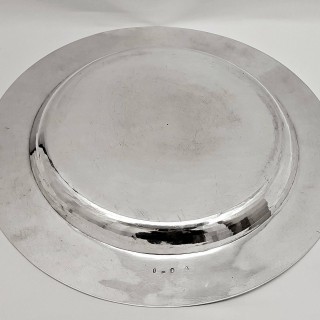 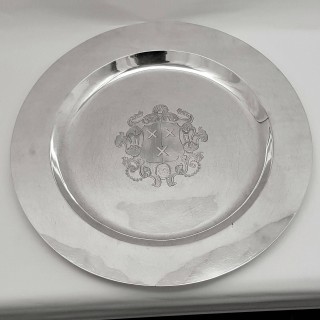 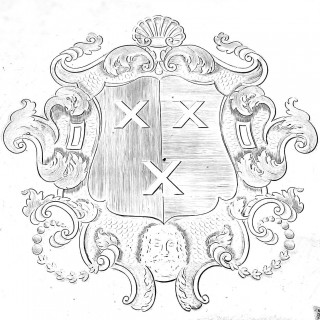 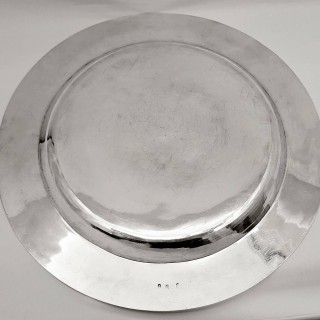 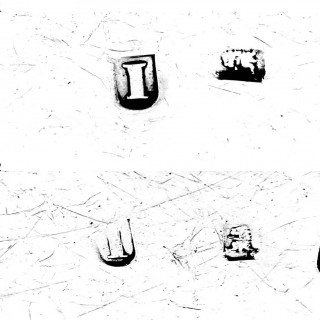 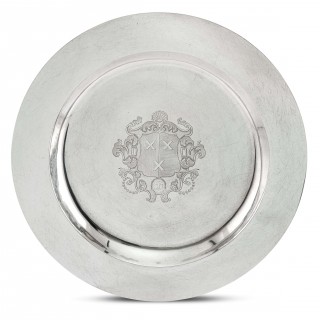 Pair Of George I Silver Chargers

An outstanding lot. A rare pair of George I silver sideboard dishes of plain circular form with wide borders. Large size and good heavy weight. *Britannia standard silver. Excellent patina. The centres are finely engraved with armorials within a baroque cartouche of strapwork and foliage, a shell above, a bearded mask below. The arms are those of Lane.
Diameter 51cm, 20ins.
Total weight approx. 6,950 grams, 224 troy ounces.
London 1724.
Maker David Tanqueray. A highly esteemed Huguenot maker.
Provenance. Sold in Sotheby’s London, lot 77, 16th July 1970. The original catalogue is available.
*Britannia standard silver is 95.8% pure. In 1696, so extensive had become the melting and clipping of coinage that the silversmiths were forbidden to use the sterling standard for their wares, but had to use a new higher standard, 95.8 per cent pure. New hallmarks were ordered, “the figure of a woman commonly called Britannia” and the lion’s head erased (torn off at the neck) replacing the lion passant and the leopard’s head crowned. This continued until the old standard of 92.5 per cent was restored in 1720. Britannia standard silver still continues to be produced even today.

The silver platters are in very good condition. The engravings still have good definition. Both are stamped underneath with a full set of English silver hallmarks. The marks on the second charger, although good, are not as clear as those on the first charger. Please note that this item is not new and will show moderate signs of wear commensurate with age. Reflections in the photograph may detract from the true representation of this item.

Pair Of George I Silver Chargers