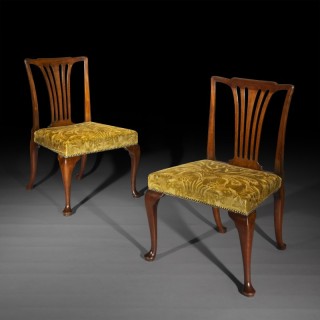 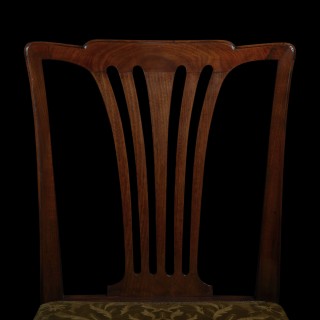 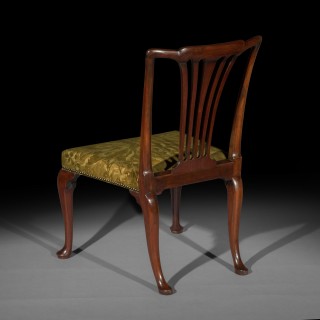 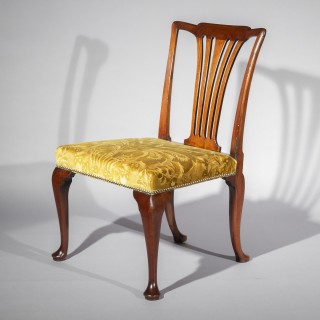 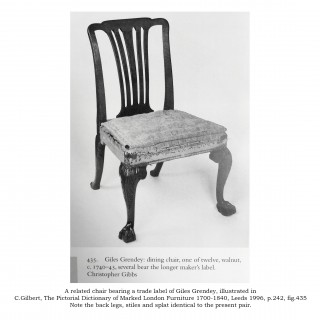 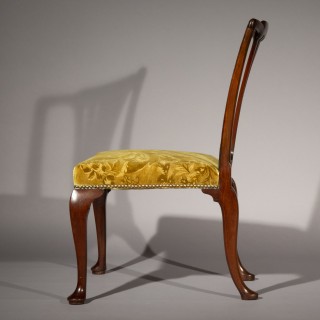 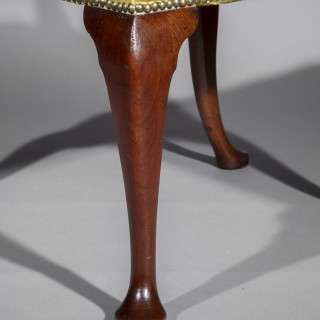 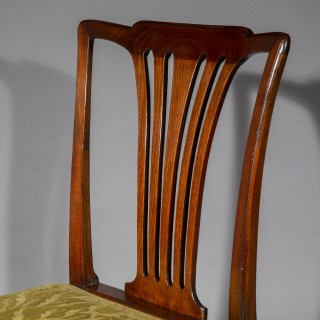 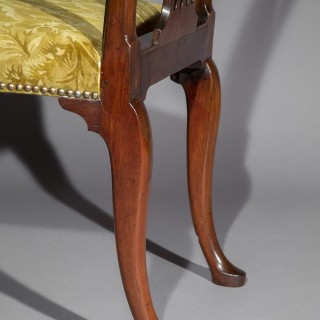 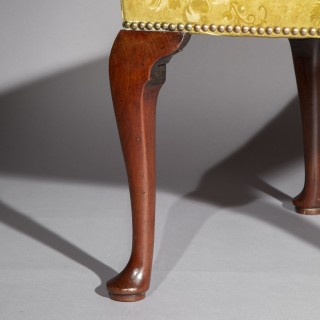 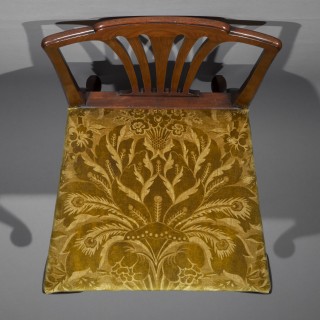 Pair of George II Side Chairs, Attributed to Giles Grendey

An unusual pair of early 18th century side chairs chairs, attributed to Giles Grendey.
England, circa 1735–45.

An incredibly rare and good looking model. No decoration interferes with its sleek, minimalist design; the almost sculptural quality of the back and legs lends this model an immense lightness and elegance. Unusually large scale too.

The present chairs can be attributed to the Clerkenwell Cabinet maker Giles Grendey (d.1780) whose label appears on a closely related set of twelve chairs formerly with Christopher Gibbs Ltd and illustrated in C.Gilbert, The Pictorial Dictionary of Marked London Furniture 1700-1840, Leeds 1996, p.242, fig.435.

These chairs belong to group of seat furniture with such stylistic consistencies that they must have been made by the same cabinet-maker. Closely related sets were supplied to Ditchley Park and Rousham House, Oxfordshire and Lyme Park, Cheshire around 1735–45.

Notably, while most of the chairs from this group feature elaborately sculpted paw or claw feet, the Lyme Park chairs have simple and elegant round pad feet, just like the present pair. This simple form also appears on a serving table, bearing a trade label of Giles Grendey, see Bonhams London, 19 October 2016, lot 188.

The present chairs can be considered essentially a more restrained version of the Ditchley and Rousham chairs. Although not stamped, the joinery of the highest quality and the impeccably drawn form, including the idyosynchratic curved back legs, typical of the Grendey output of the 1730’s–1740’s, featured on labelled examples, almost certainly indicate their link to the celebrated London maker.

Pair of George II Side Chairs, Attributed to Giles Grendey