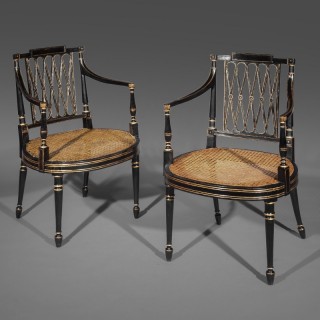 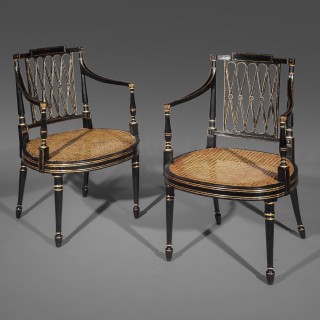 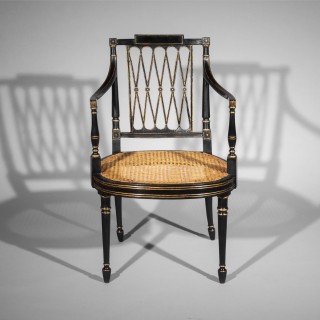 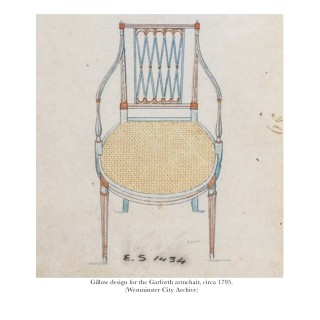 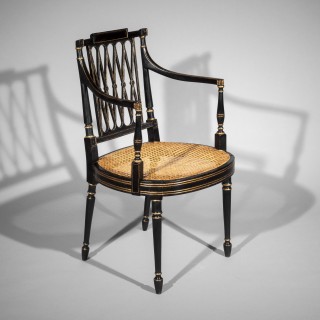 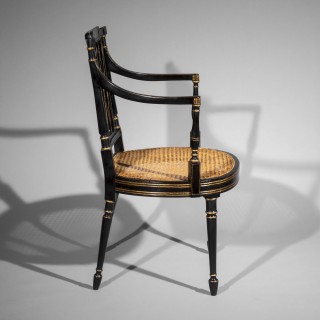 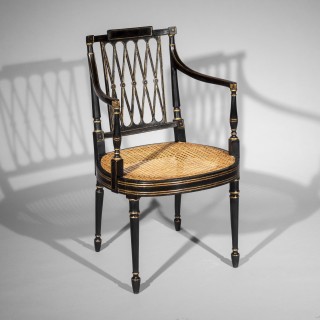 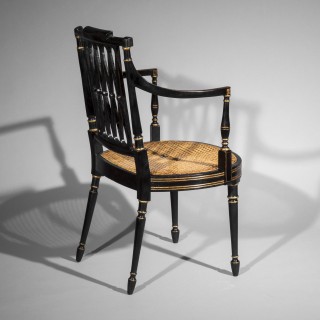 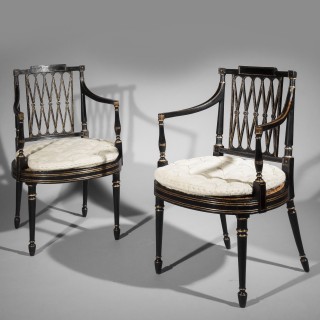 An elegant pair of George III period ebonised and parcel-gilt armchairs of the Garforth pattern, attributable to Gillows of Lancaster and London,

Why we like them
These particularly rare and delicate, wonderfully chic armchairs correspond almost exactly to a 1795 design by Gillows of Lancaster and London.

Unusually, the present armchairs have turned legs at front and back, while later and less sophisticated versions had more practical plain square-cut back supports.

Attribution
In 1795, Gillows supplied ten japanned chairs with similar backrests to Peter Garforth of Embsay Hall, Skipton (L Boynton, Gillow Furniture Designs 1760-1800, Royston, 1995, p. 181, col. pl. 30B). They were probably an adaptation of Georges Jacob’s design of circa 1792 for Marie-Antoinette’s dairy at Rambouillet. Gillows made the chairs not only in mahogany, but also japanned and they appear to have been particularly popular among the gentry, professional and merchant classes in the north of England. In 1796 the Earl of Strafford purchased six white and green japanned chairs for Wentworth Woodhouse while Sir William Gerard ordered thirty-six mahogany chairs for Garswood New Hall, Lancashire (S.Stuart, Gillows of Lancaster and London, Suffolk, 2008, Vol.1, p.193). A similar Garforth pattern armchair is illustrated in S.Stuart, ibid., p.195, pl.166.