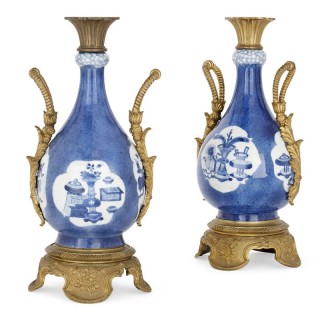 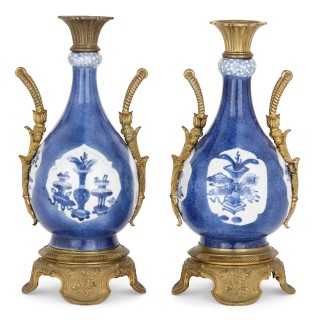 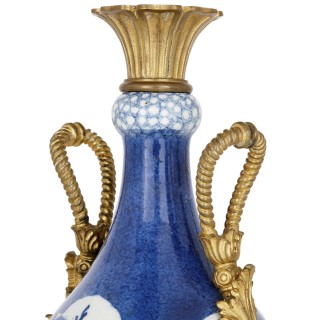 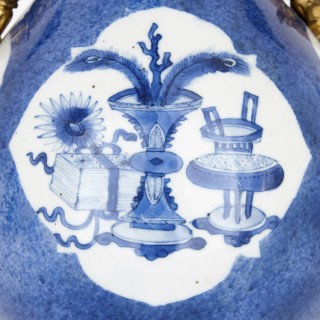 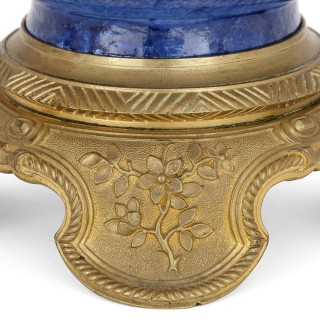 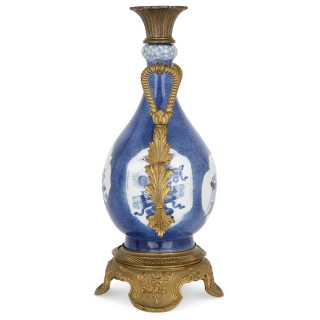 The vases in this pair feature the striking combination of Kangxi era (c. 1700) porcelain with later 19th Century French gilt bronze. This type of combination—of Chinese porcelain with European, often French, additions, in this case gilt bronze mounts—is demonstrative of the Chinoiserie taste that proved so influential in European decorative art at the time this pair was produced.

The bulb-shaped blue-and-white porcelain vases in the pair are painted with stylised depictions of Chinese vases, unfurled scrolls, and flowers, among other various Orientalising motifs. The porcelain in each vase is mounted with gilt bronze bases, twin rope-form gilt bronze handles, and gilt bronze lips on the porcelain rims.