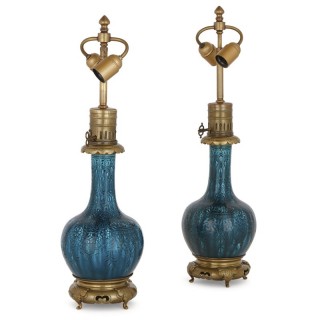 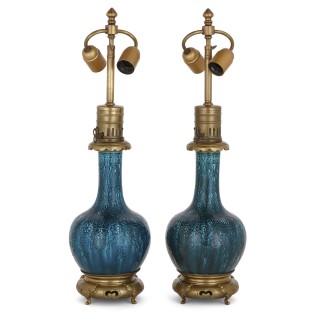 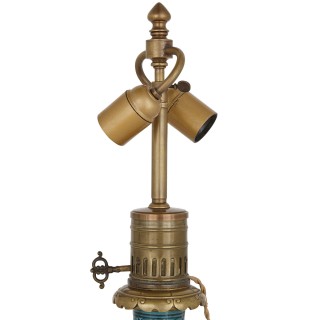 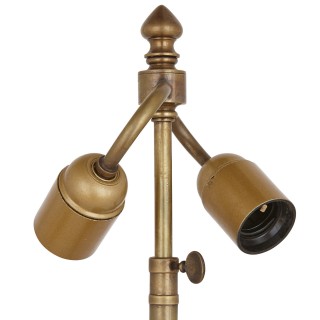 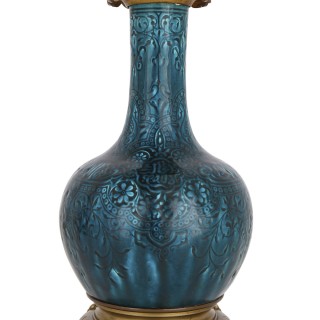 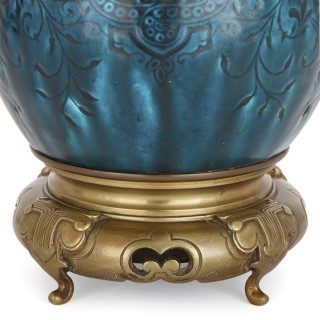 These beautiful table lamps have been attributed to Joseph-Théodore Deck, one of the most important ceramicists of the 19th Century. Deck was the director of a prestigious faience workshop which was based in France. He was well known for his high-quality ceramic wares, which were often designed in Islamic and Chinese styles.

The lamps are designed in a Persian manner. Each lamp is fitted with a gilt bronze (ormolu) light fixture which holds two bulbs. The lamps’ bodies are crafted from faience (tin-glazed earthenware) and feature cylindrical necks and bulbous lower bodies. These bodies are decorated with stylised flowers, leafy vines, and Persian script. They are covered with a blue glaze which was developed by Deck and is known as ‘bleu de Deck’. The lamps stand on circular gilt bronze bases on outward-turned feet.