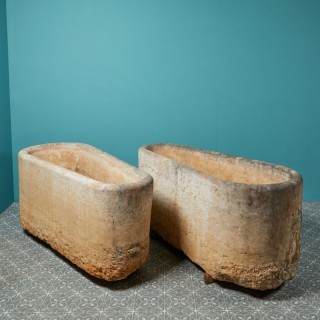 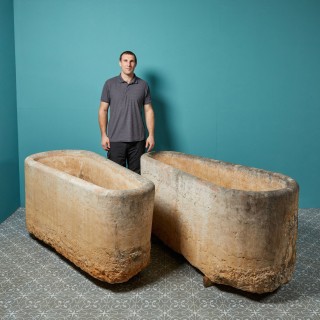 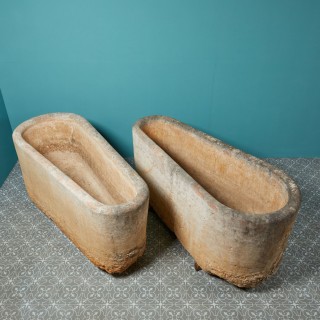 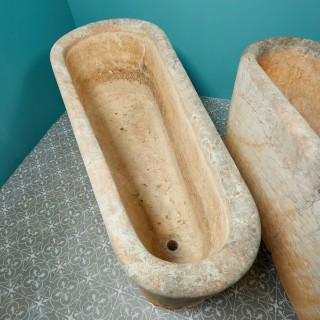 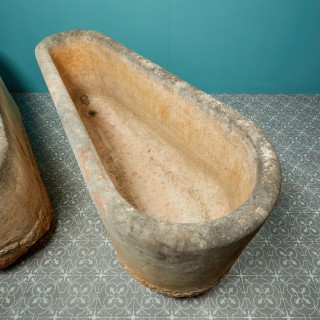 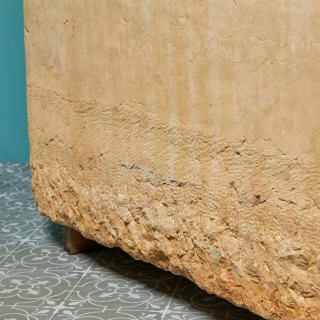 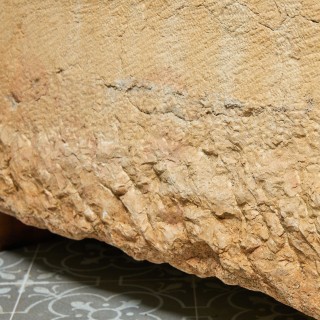 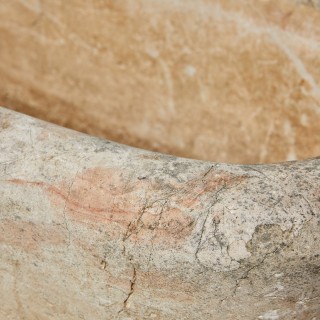 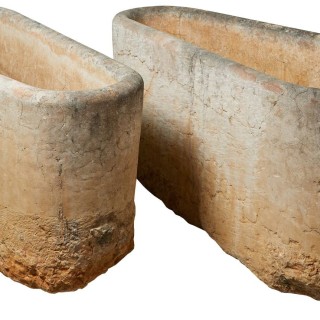 This pair of important Italian Renaissance marble baths belonged to the Warrior Pope Julius II, one of the most powerful and influential Popes of the 16th century. Unearthed from ‘La Suvera’, his Italian country villa in the heart of Siena, the pair of baths are handcrafted in Rosso Verona marble which would’ve once showcased a rich pigment of deep pink and red colours. Over time, this marble naturally mellows, becoming a lighter, yellowy pink with a stone-like appearance. While this pair of baths have lived through the ages, hints of the marble’s original colour remain on the base inside, giving a glimpse into how it would’ve looked when used by Pope Julius himself.

Just one bath would be a marvel; but to have a pair is extremely rare. Each have tapering forms, drilled drainage holes and display an organic, handcrafted beauty detailed with marks of the maker and wear that tell the story of these baths’ immersive history. They were originally incorporated into the villa at the Pope’s commission by genius architect Baldassarre Peruzzi and later moved into the villa’s luscious courtyard gardens to be used as planters during the late 19th and early 20th centuries with the introduction of modern plumbing. Today, La Suvera is still in use as a luxurious 5-star hotel, telling the story of its extraordinary occupants throughout the ages. With their rich heritage and large size, this pair of antique baths could again be repurposed as garden planters, used as a striking pair to frame the entrance of a historical property, or become objects of interest in an ornamental garden.

Additional Dimensions
Due to their handcrafted nature, each bath has a slight variation in width. One measures 72cm and the other 74cm.

Good structural condition. There is a drilled drainage hole in both baths.