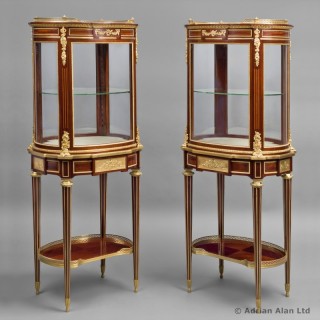 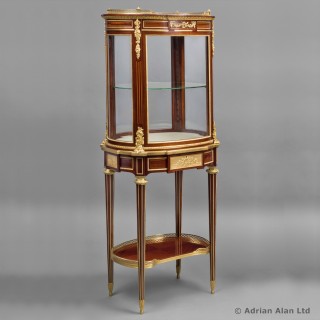 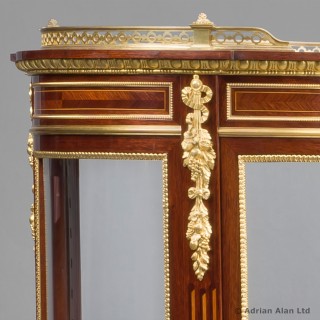 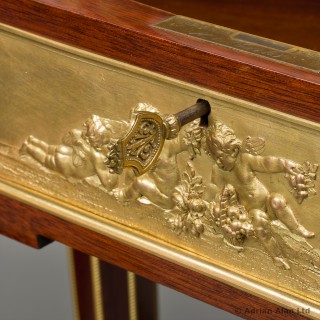 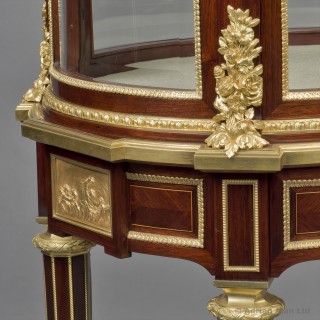 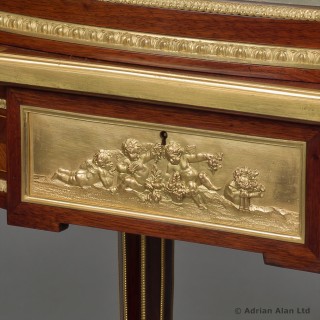 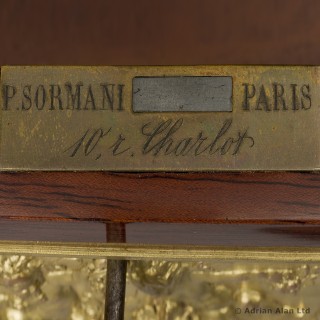 Of oval shape, this very rare and elegant pair of centre vitrines where designed to be viewed in the round. They are of the very finest quality typical of Sormani’s best work, with superb gilt-bronze mounts.

Each vitrine has a stepped entablature, centred by a tablet with a ribbon tied floral garland and trophy above a glazed bombe door enclosing an interior fitted with an adjustable glass shelf. The corresponding glazed sides and back are divided by fluted pilasters with finely cast gilt-bronze foliate and berried clasps. The apron of the vitrine is set to each side with a finely cast gilt-bronze plaque depicting putti at play and fronted by a single drawer. They are raised on fluted tapering legs, united by an oval undertier and put down on acanthus sabots.