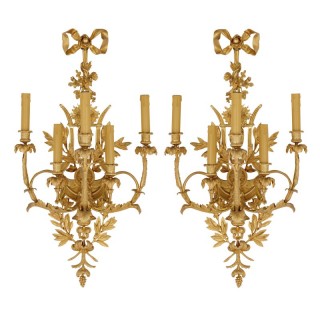 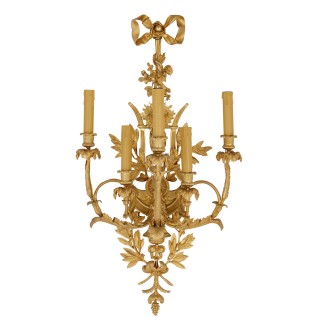 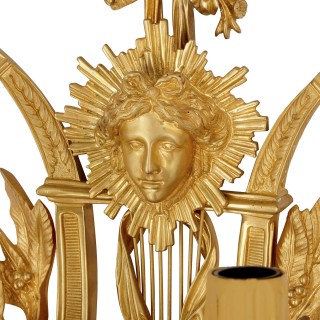 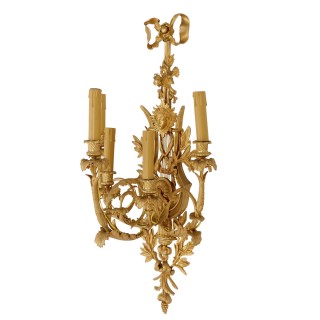 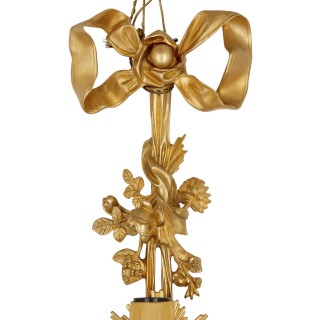 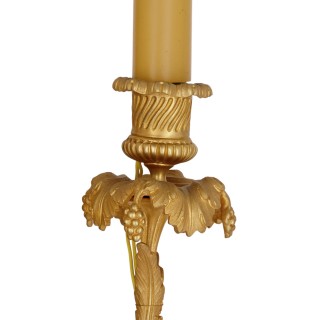 This pair of wall lights are superbly wrought in bronze, and feature exceptionally fine gilding. Each light is supported by a lyre-form backplate, from which sprouts five scrolled acanthus branches, leading to five light fittings. On the backplate there also features a sunburst motif with a mask of Apollo in the middle, as well as a bow at the top.

The lights in this pair are particularly modelled after those made by famed French craftsman Pierre-Francois Feuchère, who, in the 1770s and 1780s, was celebrated for his production of ormolu wares for wealthy consumers in the Louis XVI period.