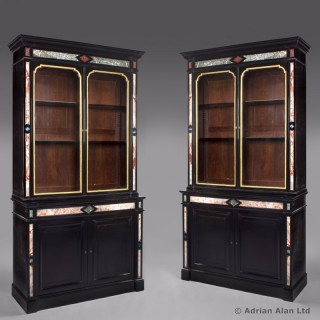 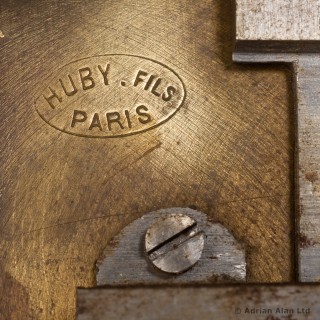 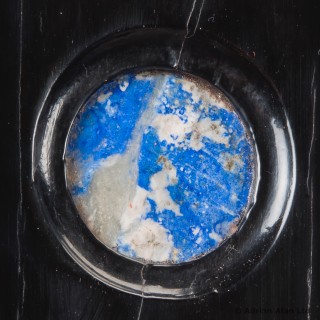 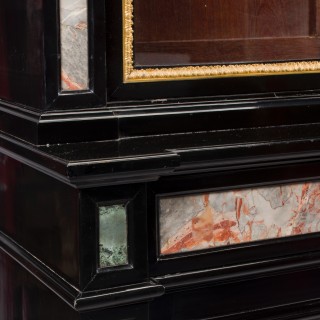 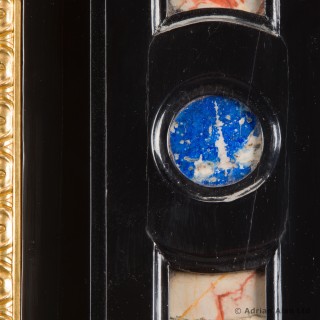 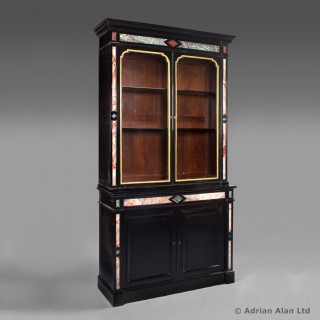 This exceptional pair of ebonised bookcases each have a moulded cornice above a pair of glazed doors set within finely cast gilt-bronze frames and enclosing three adjustable shelves, all above a frieze drawer and a pair of cupboards with moulded frames.

Auguste-Hyppolyte Sauvrezy (1815-1884), was born in Laon on May 7th 1815. Following his apprenticeship he moved to Paris where he fulfilled his desire to learn about classical sculpture and cabinetmaking, attending art classes and travelling to Italy.

By the 1840’s he had opened a shop and manufactory at 23 rue de Turenne and 97 rue du Faubourg Saint-Antoine, as a furniture maker and upholsterer. He specialised in classical forms and ebonised furniture often incorporating rare and fine hard stone inlays and veneers. Later in his career he ceased to do upholstery and turned his attention to the design and creation of exhibition quality sculptural furniture often in the Renaissance style.

“… he was a glorious modern ébéniste, similar in genius to those of the renaissance, which through his training he was familiar with. His work is distinct, noble and elegant.”

Wallis George writing in the Art Journal of 1867 commented on the illustration of a cabinet, now in the Musée d’Orsay, that:

“Mr Sauvrezy a principle ébéniste of Paris allows us to engrave one of his many beautiful cabinets. It is a production of much grace, designed with exceeding skill, and manifesting great refinement in the finish of all the parts.”

He died in 1884 at which time his furniture, and the wood carvings that adorned his workshops were auctioned.