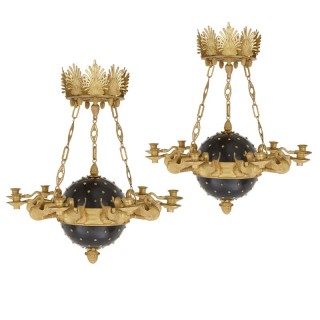 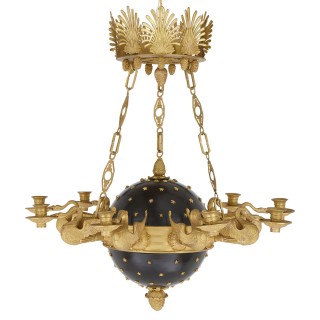 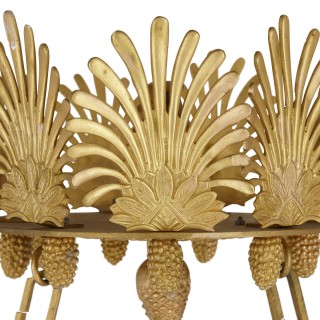 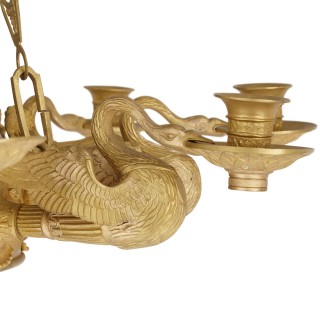 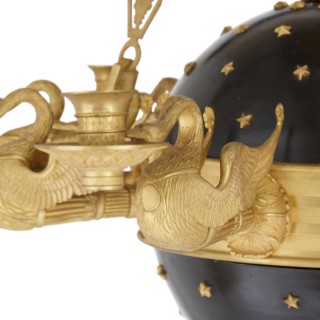 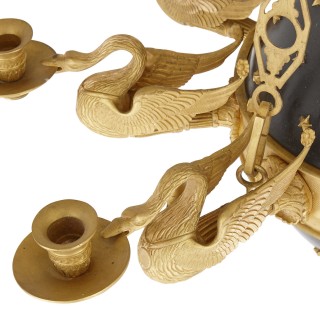 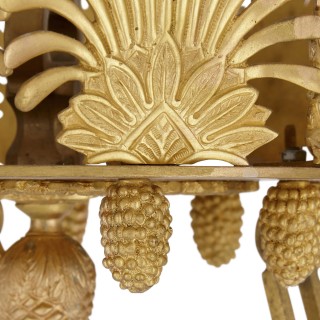 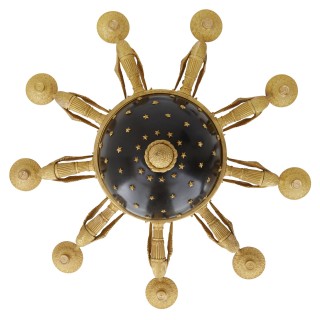 Designed to mimic the appearance of a star-studded celestial globe, theses Empire style chandeliers are simultaneously charming and outstandingly beautiful. Each chandelier is designed about a metal globe—painted black—that is studded with gilt bronze stars. About the centre of each globe is a gilt bronze band, from which spring nine gilt bronze branches. Charmingly, each branch takes the form of a swan, further emphasising the aerial nature of the piece—the nocturnal sky, flying swans, a chandelier suspended from a ceiling.

Each chandelier hangs from four gilt bronze chains from an upper band, this band encompassed by a series of flared palmettes. The chandeliers are mounted throughout with beautiful gilt bronze finials—below and above the globe of the body are pineapple finials, while below the upper ceiling mount are a whole series of similar finials. The pair is truly beautiful, the glistening gilt bronze contrasting wonderfully with the black painted surface of the celestial spheres.