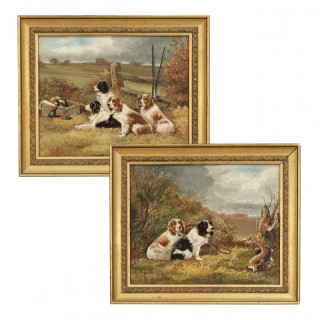 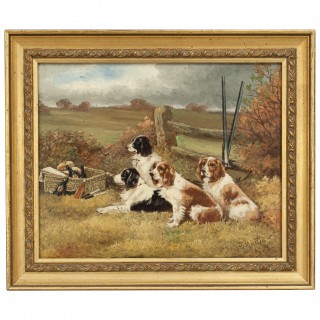 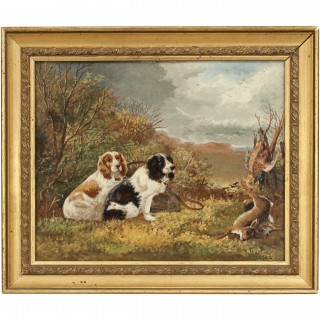 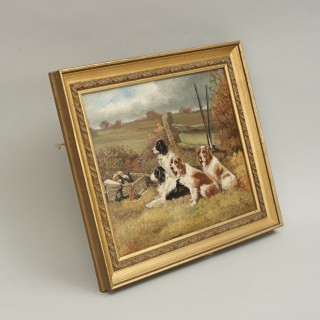 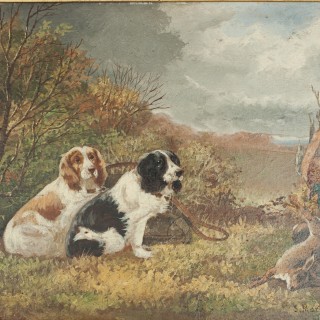 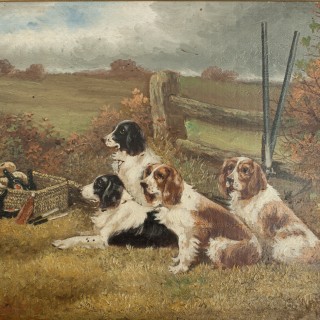 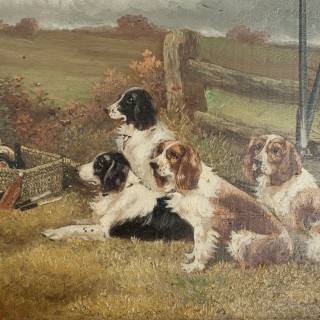 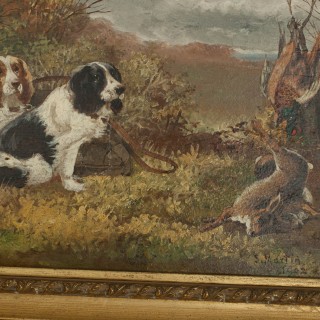 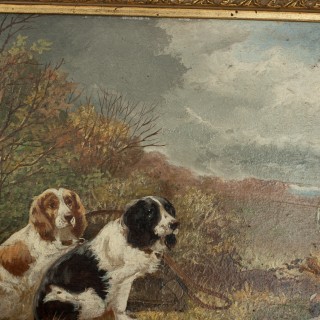 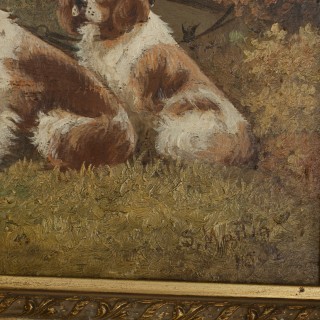 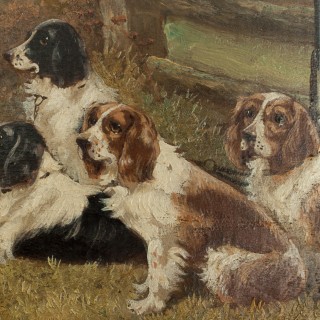 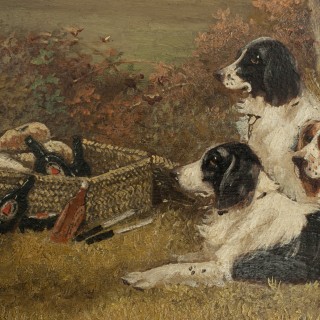 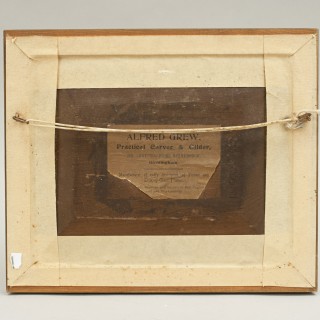 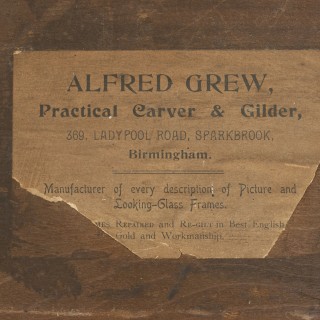 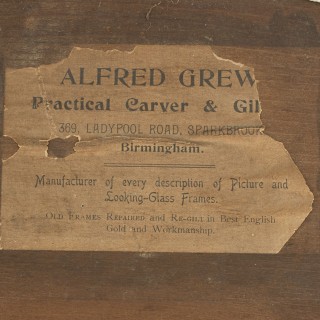 Pair of Oil Paintings Of Hunting Spaniels On Board

Pair Of Signed `oil `paintings Of Gun Dogs.
A nice small pair of oil on board paintings of hunting gun dogs, Spaniels. Both signed by British artist Sylvester Martin, dated 1902. The pair of field Springer spaniel oil paintings have undeniable charm, one depicts a pair of Spaniels waiting by a brace of hares and pheasants, the second has four Spaniels waiting by a picnic with two guns resting against the fence. Trade label to verso ‘Alfred Grew, practical carver & gilder, 369, Ladypool Road, Sparkbrook, Birmingham’.

Sylvester Martin, son of Anson A Martin a sporting artist based in the northeast in the middle of the 19th century. Anson was responsible for a great pair of lithographs – “Jockeys of the North” and “Jockeys of the South” – which were issued c1845. He taught his son Sylvester,1838 – 1912, who later moved down to the hunting country of the midlands where he made his name working mainly to commission. He exhibited at the Royal Birmingham Gallery and locally in the Warwickshire area.

Pair of Oil Paintings Of Hunting Spaniels On Board