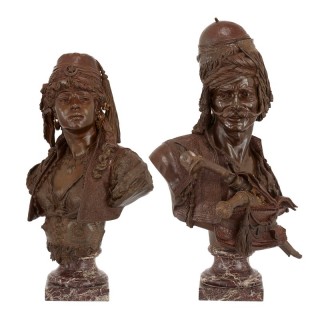 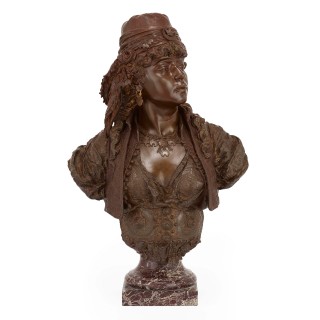 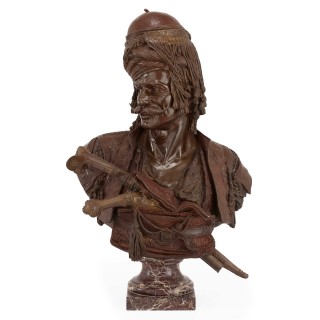 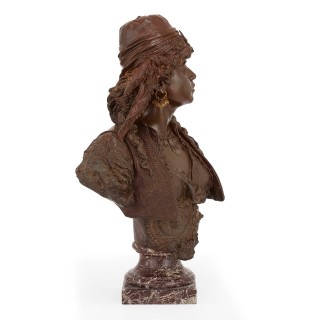 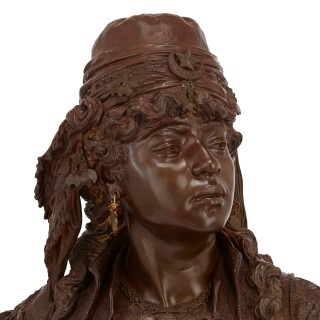 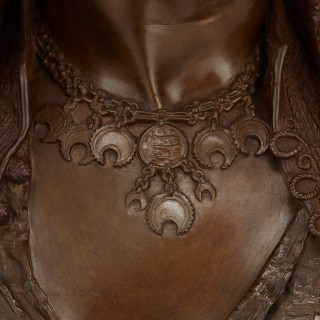 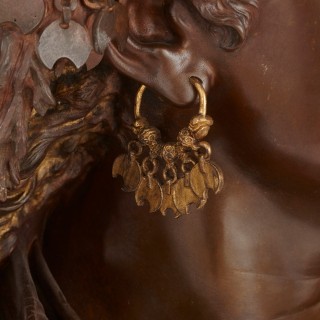 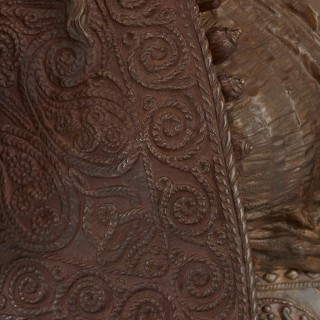 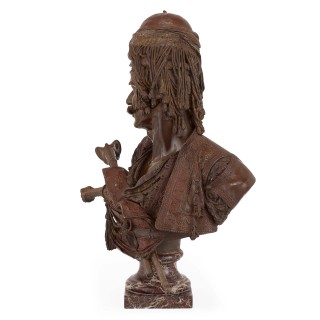 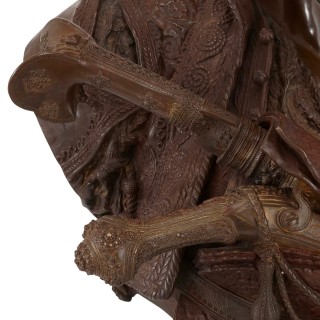 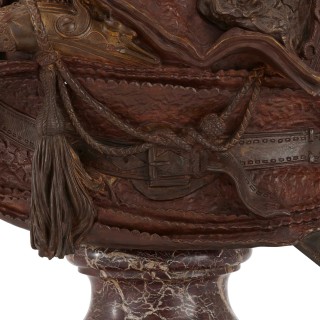 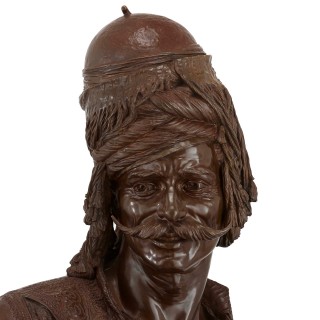 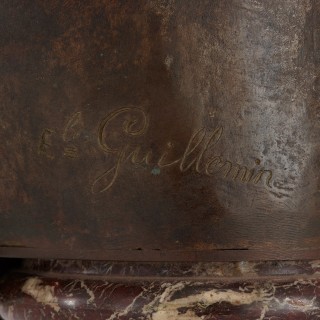 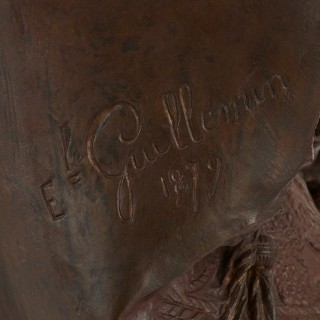 It is the exceptional quality of the casting, as well as the important provenance of these busts which makes them truly worthy of the title ‘masterpiece’. Entitled ‘Janissaire du sultan Mahmoud II’ (Janissary of Sultan Mahmoud II) and ‘Jeune fille du Caire’ (Young Girl of Cairo), these models were first exhibited at the Paris Salon of 1880. Visitors to the Salon praised the pair for their naturalistic style and detail, and for their patinated finish.

The sculptor, Emile Coriolan Hippolyte Guillemin (French, 1841-1907), had already gained a reputation for his fantastic portrayals of Oriental figures, a popular subject in the late 19th Century. This pair of work furthered his already stellar reputation. These busts surely rank among the finest examples not only of Guillemin’s work, but of Orientalist art as a whole in the late 19th Century.

Each bust is raised on a veined red marble plinth.