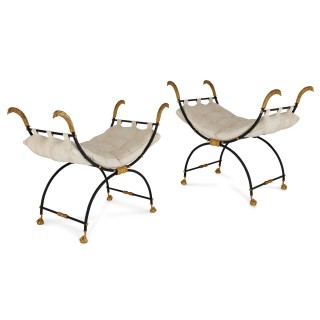 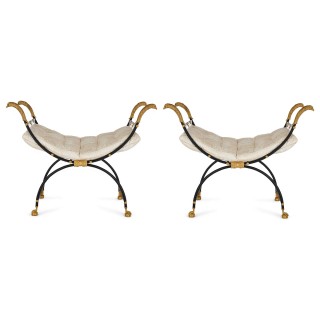 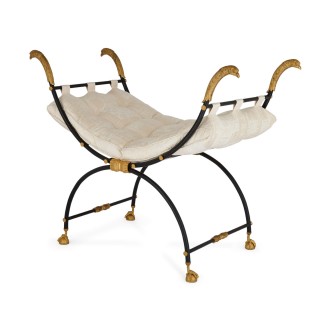 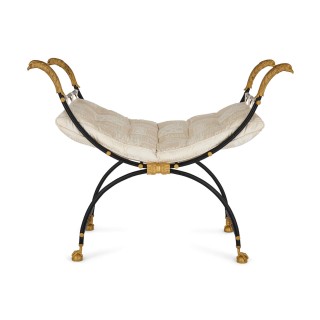 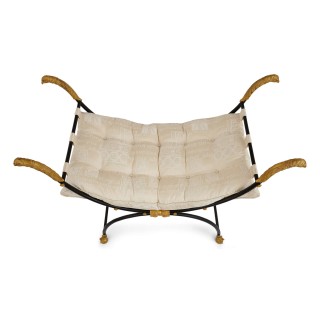 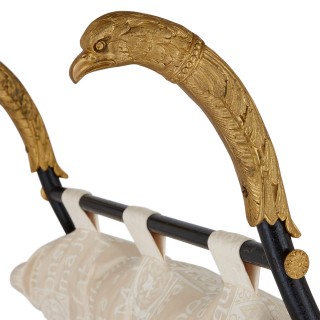 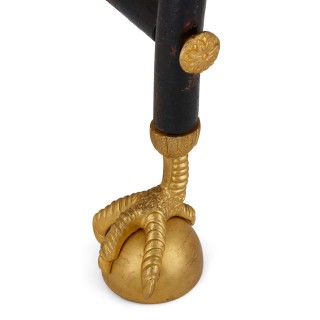 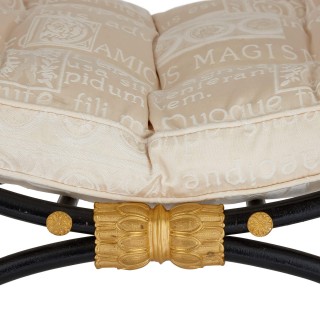 These beautiful, simple, and sophisticated, curule chairs were executed in the Empire style, combining the majesty of Roman rule with Napoleonic imperial France. Long a symbol of rule and power, curule chairs originally appeared in the Roman Republic, called sella curulis, seats reserved exclusively for those who held imperium, i.e. those who held positions of military or governmental command. A favourite of European kings wishing to frame their own authority within this Roman tradition, they feature heavily in Empire period France. These particular pieces are made of lacquered metal and are mounted with ormolu eagle heads as armrests, and ormolu feet modelled as eagle feet standing on globes.