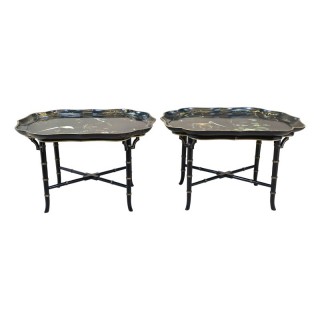 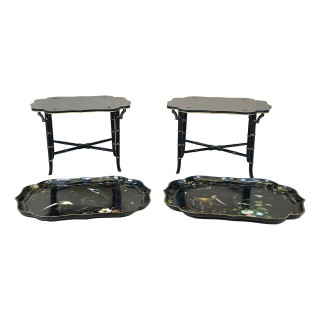 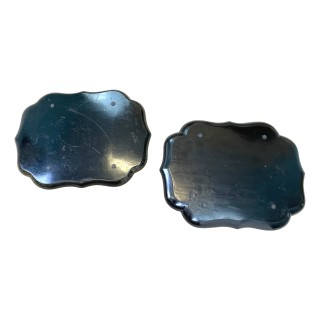 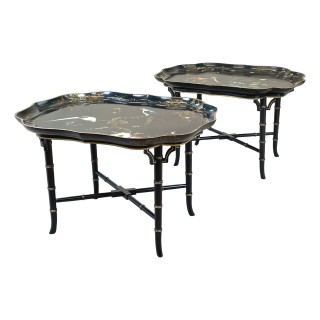 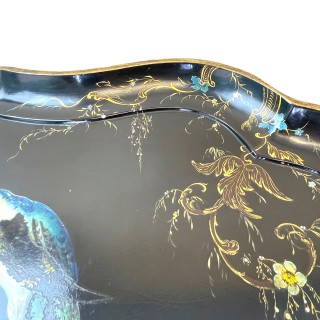 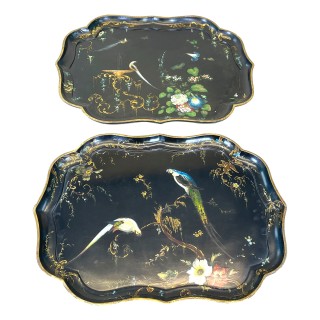 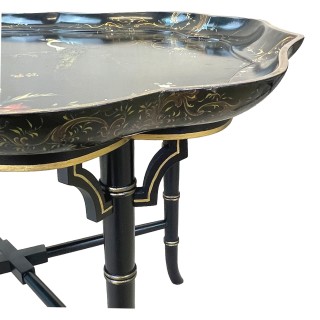 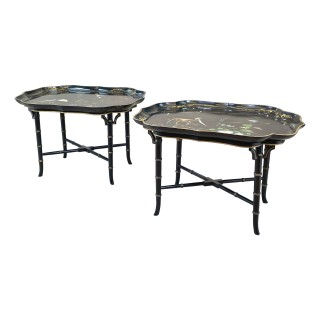 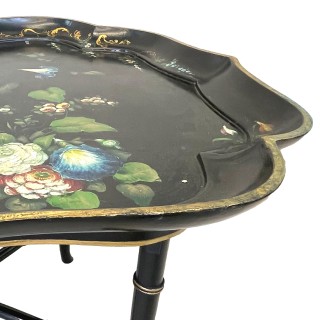 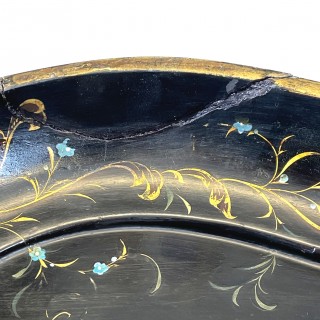 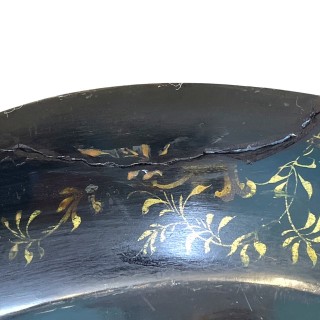 (It is very rare to find a pair of these papier maché coffee tables
and although there are minor differences between these the sizes
are identical and it is clear that they were almost certainly produced
in the same 19th century workshop. As with the majority of these
antique papier maché trays they are now repurposed for modern life
into coffee tables which makes them incredibly functional indeed.
They are in relatively good condition with just the one significant
old break to the corner of one, which has resulted in a repair using
the original piece which we have specifically included images of. )