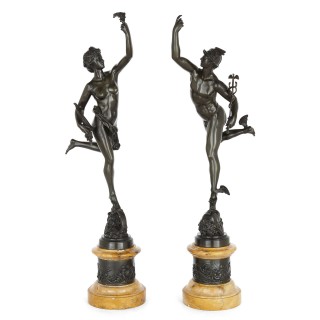 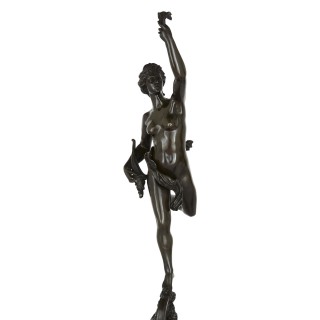 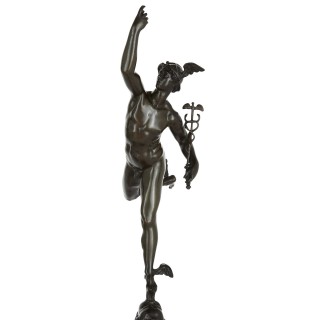 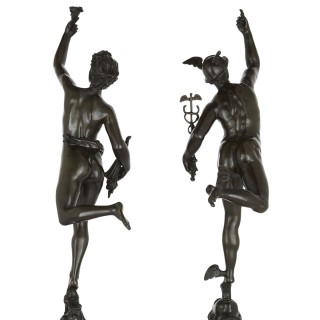 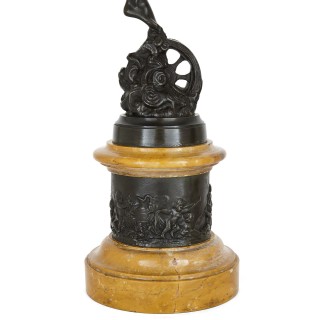 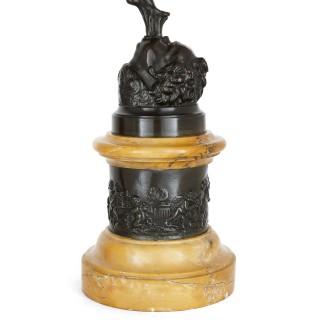 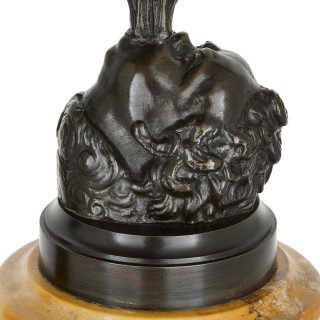 The patinated bronze figures are pictured in the nude, adopting active poses. Both stand on their tiptoes on one foot — Fortuna resting on a scrolling base, and Mercury on a gust of wind, produced by Zephyrus, the god of the western wind — and their other leg is flicked back. In both, one arm is raised, and the other rests at their side.

The figures stand on cylindrical yellow marble bases, which are ringed with continuous relief panels, depicting cherubs at the helm of sailing ships, and navigating using globes. The decision to represent Neptune and Fortuna together, combined with the relief depictions of sea travel, make is possible the pair served as good luck talismans for travellers, particularly merchants or sailors.

These sculptures are based on bronze works by the 16th Century Flemish sculptor, Giambologna. Born Jean Boulogne, Giambologna spent most of his career in Italy, where he became famous for his Mannerist style marble and bronze sculptures.