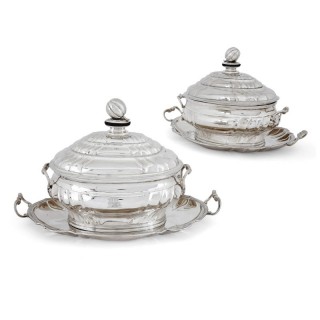 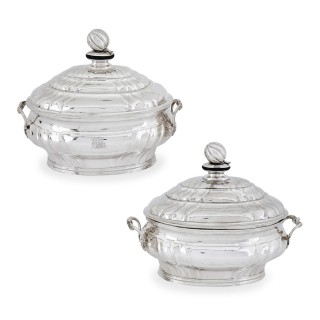 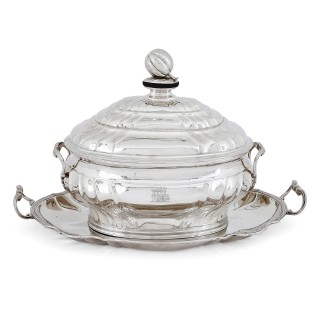 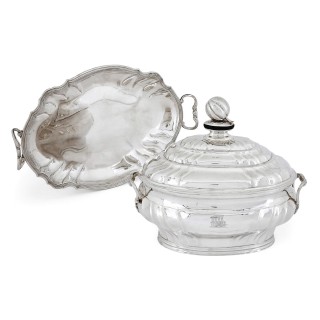 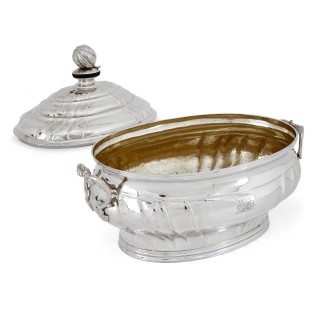 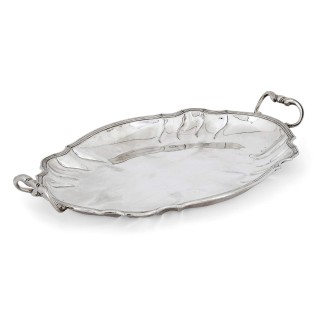 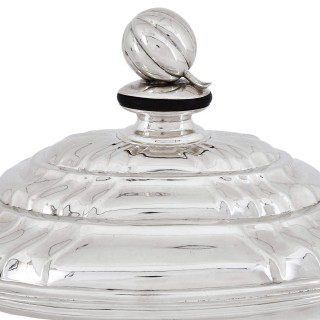 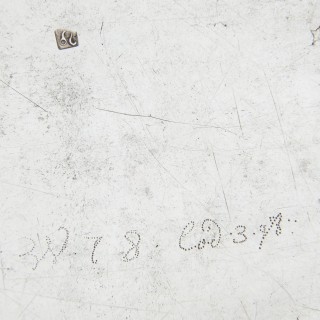 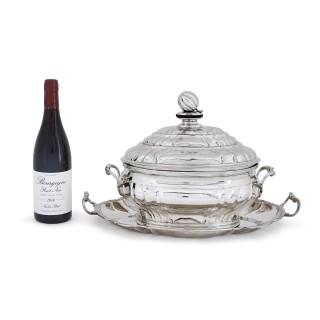 The superb tureens in this pair were crafted in Denmark during the mid-eighteenth century by the celebrated silversmith Jerome Paul Lenoir. The tureens are of traditional form, each with gadroon moulded bodies, twin handles, and a tiered and gadrooned domed cover. The cover of each is surmounted by a finial modelled as a piece of fruit. The tureens are accompanied by conforming trays, each with twin loop handles. The front of each tureen is engraved with a coat of arms, while the undersides of the tureens and the trays feature various silver marks.