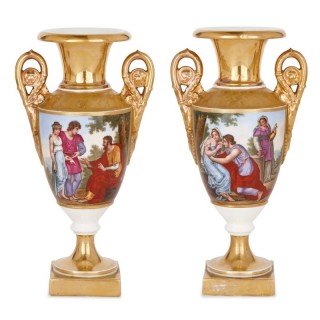 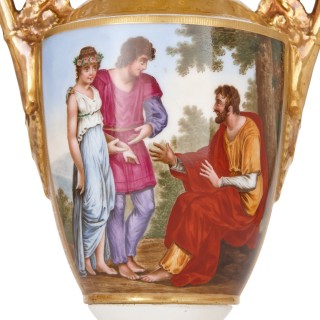 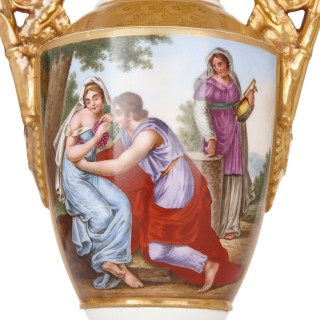 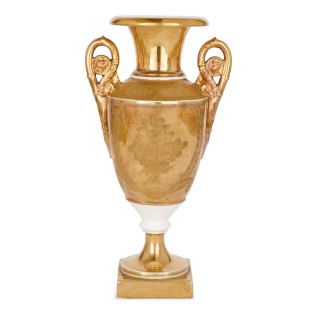 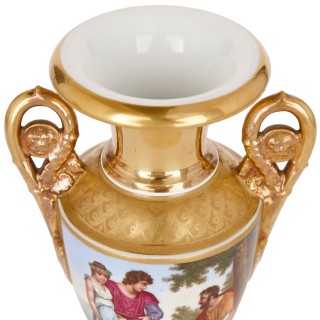 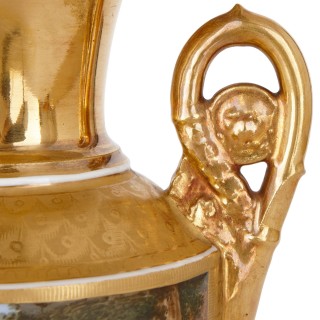 These elegant porcelain vases were crafted in France in 1825-35. They are designed in the Renaissance style, shaped like Greek amphora vases, and painted with classically-inspired scenes.

The white porcelain vases have gilt mouths, set on gilt slender cylindrical necks, and gilt shoulders, which are lightly incised with foliate motifs. The vases have looping gilt handles, which sit on their shoulders. Each vase body is painted with a scene, depicting a pair of lovers. One vase shows a young man, presenting a young woman to an older man, who sits before a tree. The young man appears to point to the woman’s left hand, possibly to a wedding ring. The scene on the second vase depicts a young man kneeling before a woman, who eats a cluster of ripe grapes. An older woman chaperones the couple. The figures wear brightly-coloured Renaissance costumes. The scenes have been beautifully rendered using short, expressive strokes of colour. The lower bodies of the vases are left white and are tapered. They rest on gilt splayed feet, which stand on square gilt plinths.