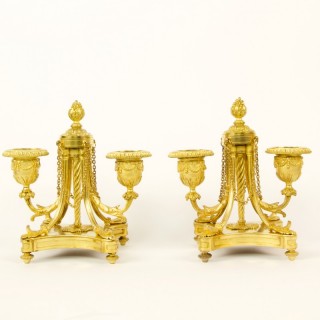 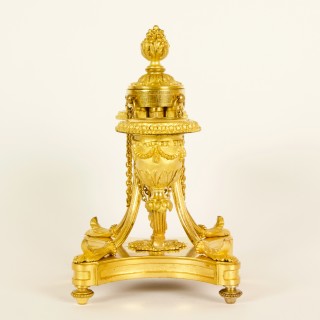 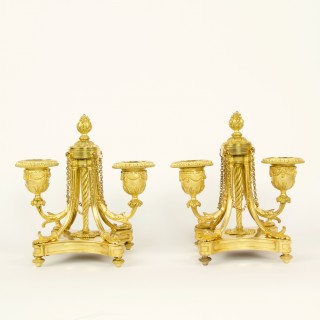 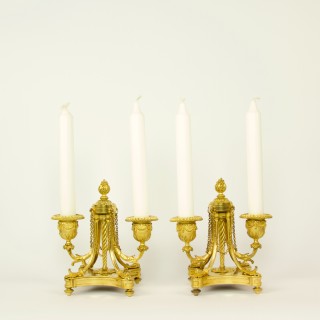 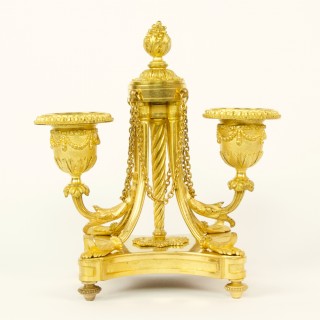 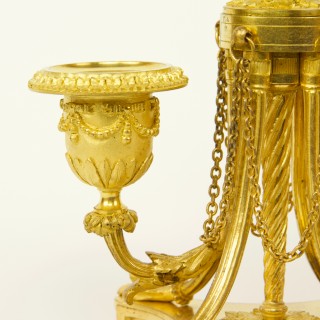 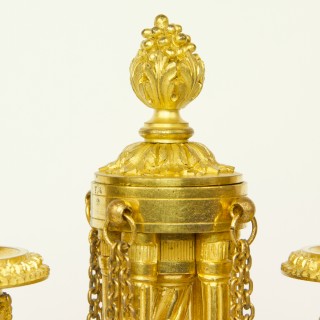 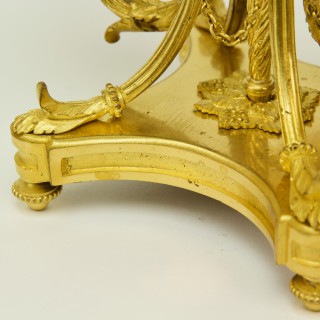 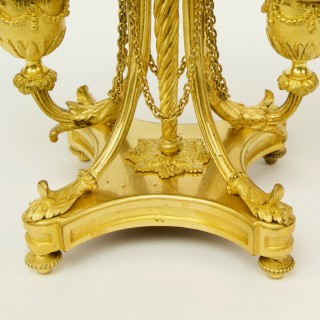 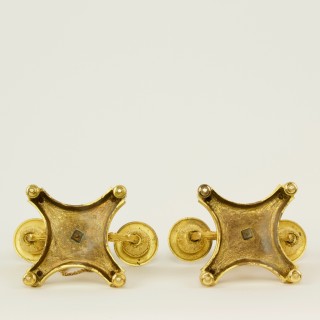 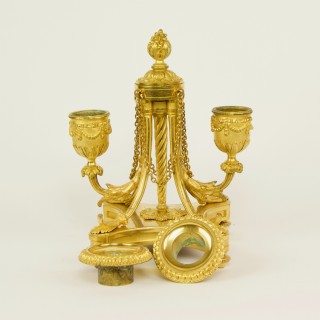 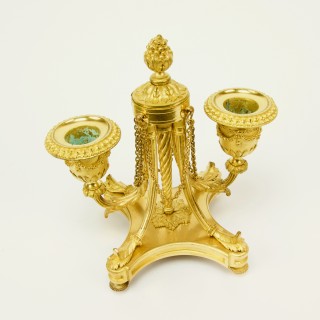 Each candelabra featuring two fluted light arms with foliage decoration and bell-shaped nozzles or bobeches. The light arms are supported by a central, spiraling stem and accompanied by four fluted, stylised branches ending in foliage. Resting on square bases with beveled sides above four toupie feet and the nozzles are adorned with pearl festons and water-leaf. Each candelabra is topped by a pine cone finial. Additionally, the candelabra are decorated with four small chains hanging from the top rim. Removable drip pans.
Each candelabra of excellent sculpturing and chiseling, showing a fine gilding with matte and polished parts.