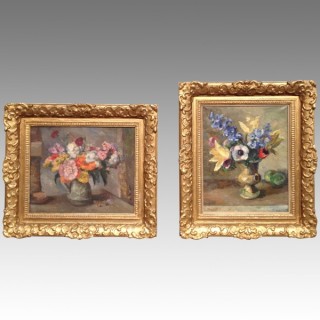 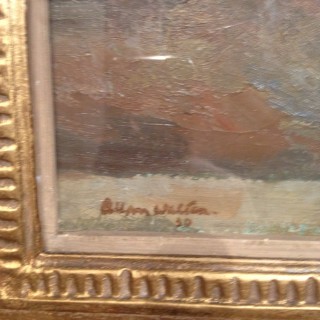 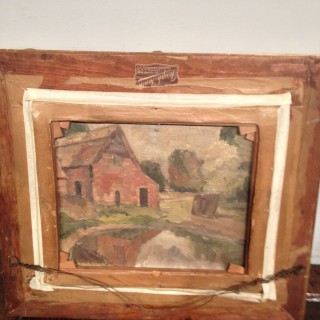 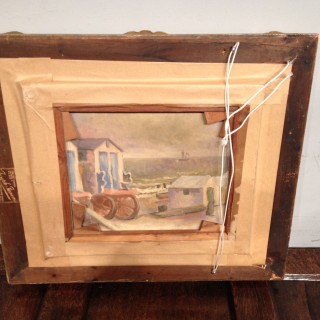 A pair of Still Life oilpaintings on canvas by Allan Walton with ornate gilt frames.Thpaintings are behind glass and are 15ins by 12 ins and 22×19 ins including the frames,one upright and the other landscape.

Allan Walton(1891-1948)was born in Cheadlehulme,abandoned studies in an architects office to study under Stanhope Forbes in Cornwall.Then studied at the Slade School of Fine Art 1913-16 and in Paris at L’Academie de la Grand Chaumiere. After World War 1 he studied with Walter Sickert at Westminster School of Art in London then began to exhibit.
He held his first one man show at Beaux Arts Gallery in 1928 followed by another at Arthur Tooth and Son in 1933.His mixed shows included London Group,Leicester Galleries and Walker Art Gallery in London.
From 1943-5 Walton was the Director of Art at Glasgow School of Art.He also exhibited on a number of occasions at Sally Hunter Fine Art..
The Arts Council and Manchester City Art Gallery hold examples of his work.