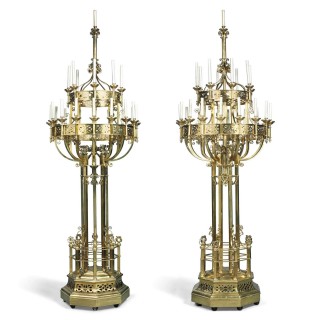 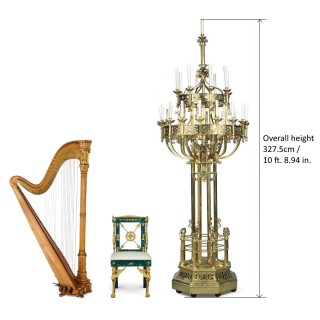 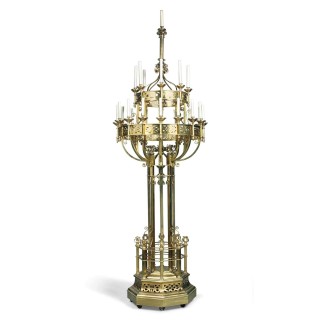 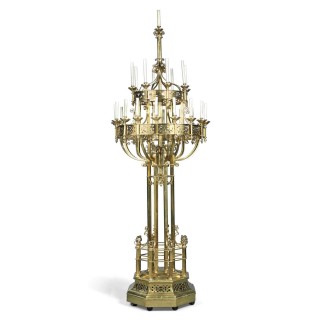 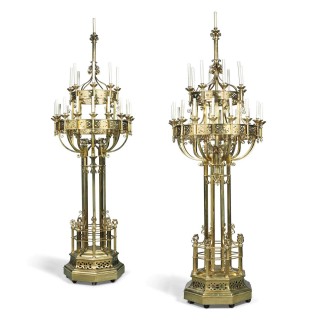 The truly exceptional, and monumentally large, candelabra in this pair are crafted from brass in the Gothic Revival style. Each candelabrum features 24 lights arranged over two tiers: 8 lights above and 24 below, each light springing from a pierced brass band. The head of each candelabrum is surmounted by a series of scrolled brackets, which merge to support a single candle finial. Each candelabrum is supported by a column comprised of eight bars, each adorned with scrolling brackets. The pierced base of each is topped with a gallery that encompasses the central column. The works are truly exceptional pieces of twentieth century French design.