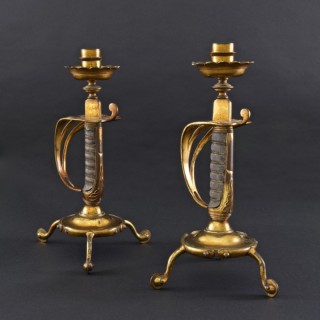 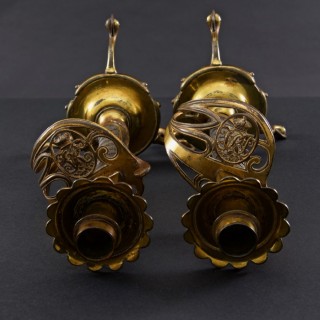 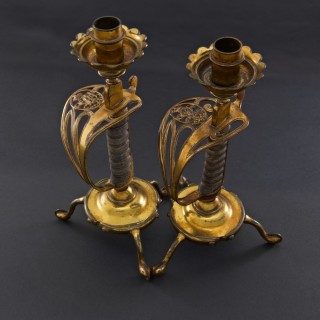 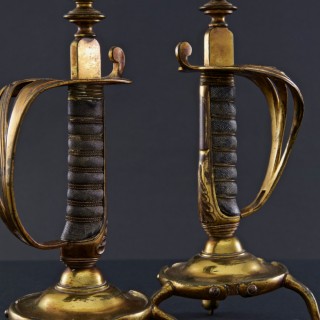 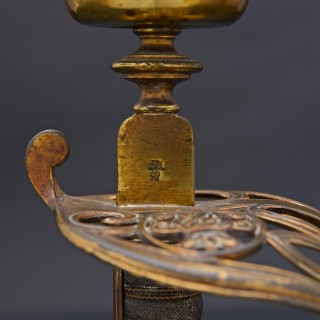 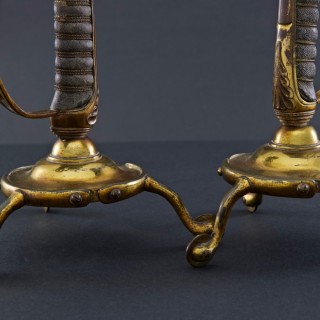 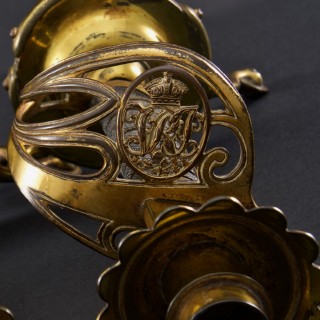 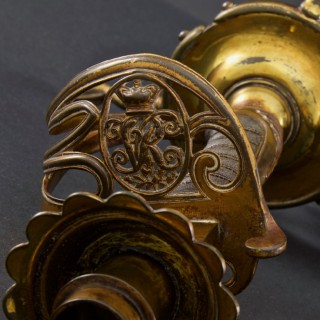 A wonderfully original pair of candlesticks made from Victorian British army sword hilts with Royal monogram incorporated into the guard and utilising riding boot spurs for the feet. Made by Benham & Froud to their registered design for the candlestick and stamped with their ‘orb and cross’ trademark, circa 1905. The sticks have their original gilt finish (now worn in places) and the sword handles have the original shagreen and wirework grips.
Unusually one of the Royal monograms is the seldom seen VR&I and the corresponding coronet above. This is Queen Victoria’s monogram for Empress of the British Empire ‘Victoria Regina et Imperatrix,’ rather than the more commonly seen VR (Victoria Regina).