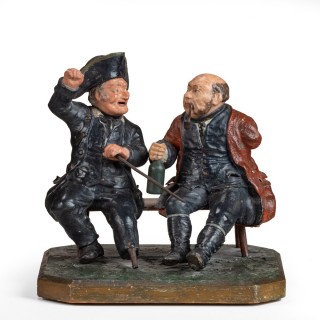 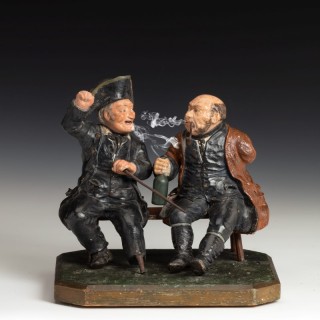 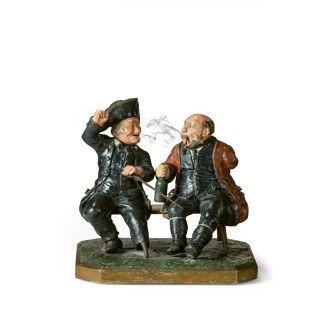 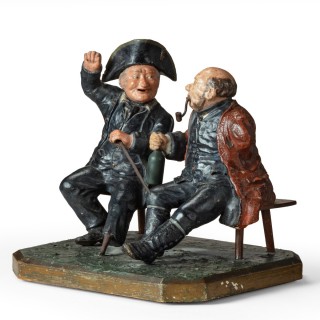 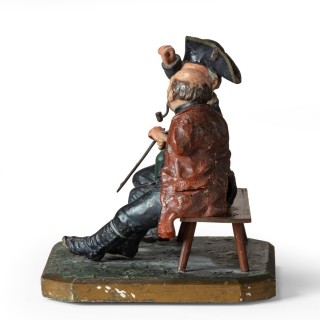 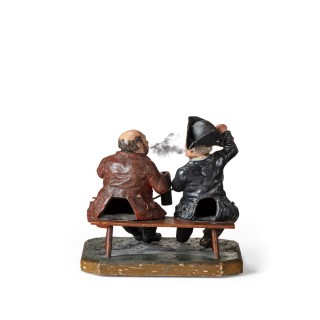 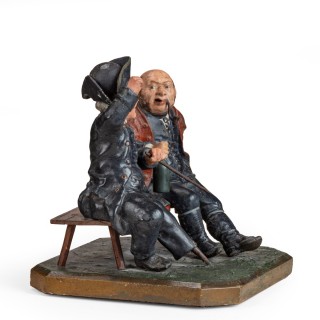 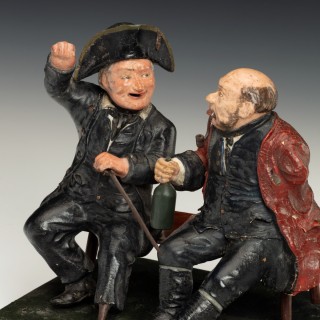 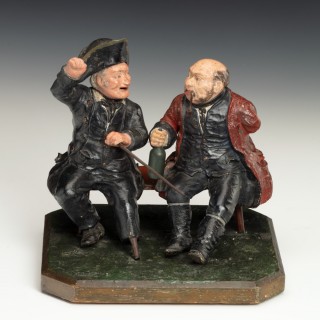 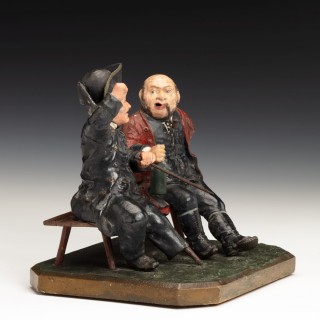 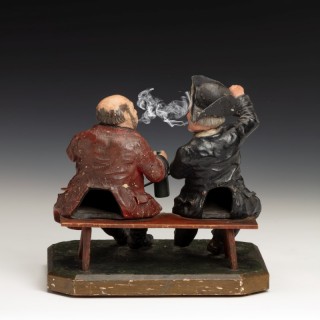 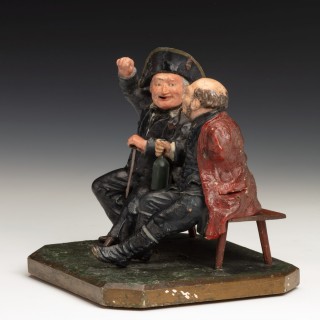 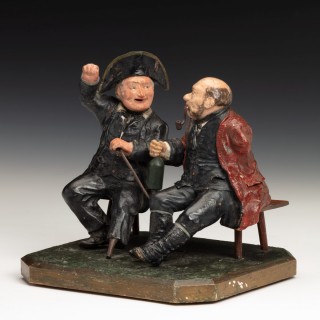 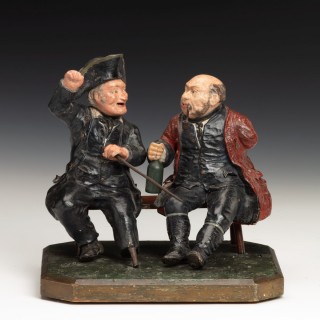 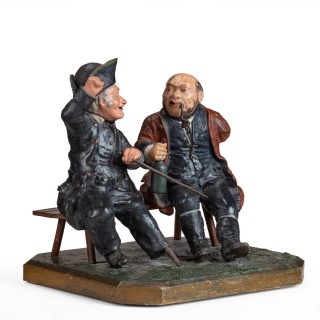 This amusing papier mâché novelty features two pensioners sitting side by side on a bench smoking and drinking. One is a Chelsea pensioner with one arm, wearing a red coat, with a pipe in his mouth and holding a bottle of grog. The other is a Greenwich pensioner with a wooden leg and wearing a tricorn hat. There is a hole cut into the back of each figure for a smoking taper or pastille so that the men appear to be smoking (one pipe missing). English, circa 1800.

These two characters are veterans from the Navy (the crab) and the Army (the red-coated lobster) featured in a song by Charles Dibdin. In this ‘Dick Dock, a tar in Greenwich moor’d’ (the ‘crab’) provokes the ‘lobster’ but is reconciled on discovering he once saved his life. A coloured etching of the same subject by Robert Dighton in 1801 was used to illustrate the two volumes ‘Descriptions of Battles by Sea & Land from the King’s Library at Greenwich in Chelsea’ while another version from 1806 was inspired by Isaac Cruickshank’s etching of the same subject normally called ‘The Veterans.’ Papier mâché versions are extremely rare, not least because of the fragile and combustible nature of the material.