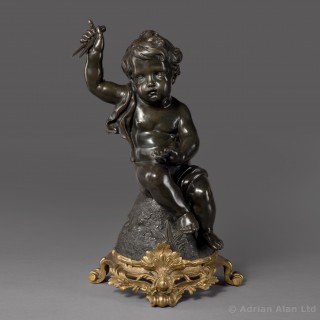 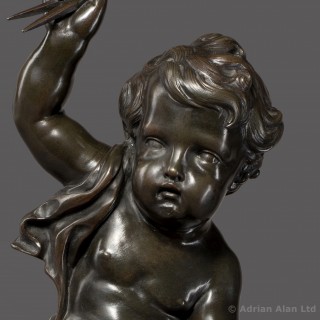 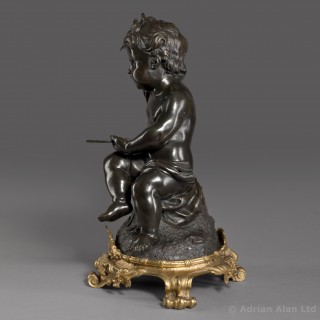 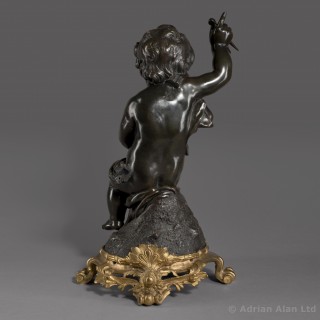 Standing at 55 cm (22 inches) tall this finely cast and modelled putto figure is seated on a naturalistic rocky outcrop and holds aloft a pair of dividers in one hand and a ruler in the other. The sculpture is raised on a gilt-bronze rocaille base with scrolled feet.

Clodion biography
The son-in-law of sculptor Augustin Pajou, Clodion, (Claude Michel), (1738-1814), trained in Paris in the workshops of his uncle and Jean-Baptiste Pigalle, the most successful sculptor of the time. After winning the Prix de Rome, he moved to Italy, sharing a studio with Jean-Antoine Houdon and studying antique, Renaissance, and Baroque sculpture.

In 1771 Clodion returned to Paris, where he continued to produce mostly in terracotta. He also worked with his brothers in other media, decorating objects such as candelabra, clocks, and vases. Drawing primarily from pagan antiquity, he created light-hearted terracotta sculptures that epitomized the Rococo style. Late in his life, when Neo-classical works were more popular, Clodion adjusted his style and worked on major public monuments in Paris.