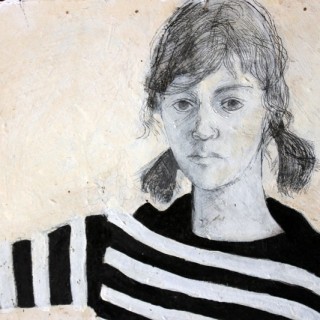 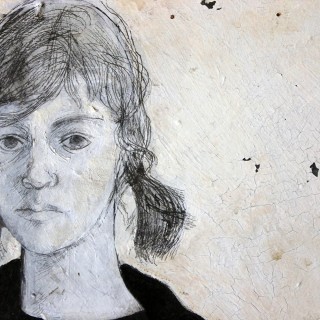 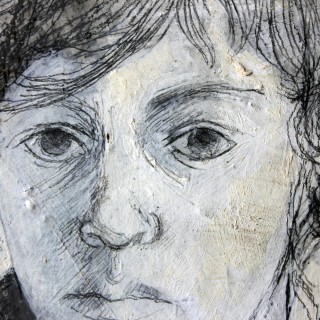 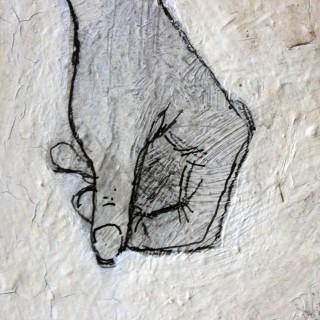 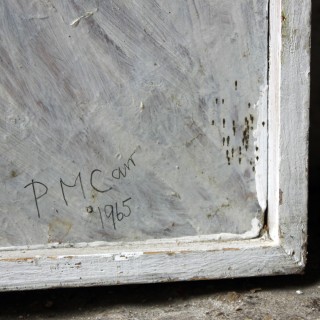 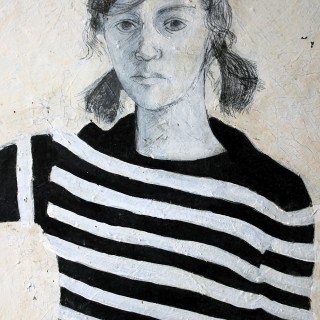 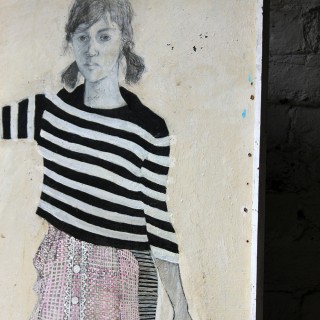 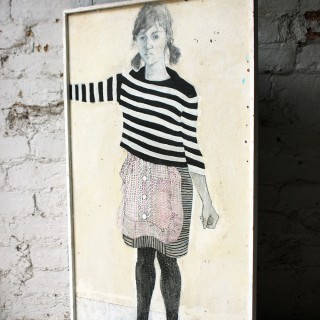 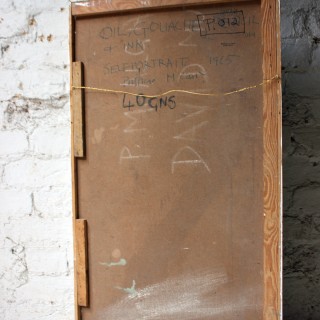 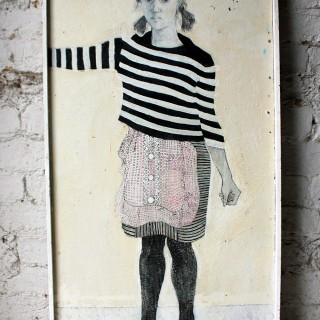 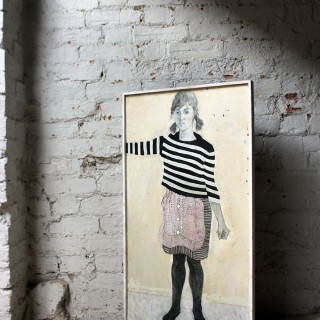 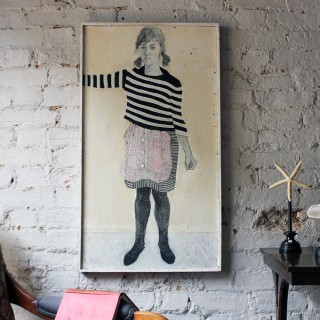 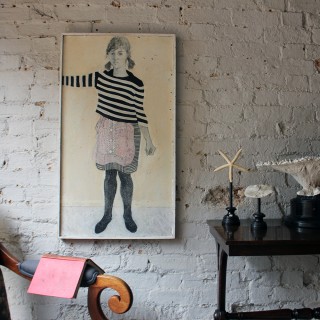 The wonderfully balanced mixed media depiction in gouache, pencil, ink & oils on board, showing a self portrait of the artist, her hair tied in bunches, wearing a striped jumper, pencil skirt and pink pinny, black tights and ballet pumps on an ivory ground, inscribed to verso and Signed P(atricia) M(ay) Carr & dated 1965 lower right, survives from the third quarter of twentieth century England and is presented in its original white painted frame.

The lucid technique in the painting is beautifully fluid, relaxed and so very well rendered, with the use of different media the portrait comes alive, the face and hair quickly pencil sketched, the clothing bold and texturized in paints, the skirt and bare left arm outlined in ink; it all comes together wonderfully well.

Patricia Algar was born in London and studied at Wimbledon School of Art and the Royal Academy in the 1960s where she was regarded as one of the most promising students of her generation. She married and moved to West Cornwall in 1964 where she lived and worked for the rest of her life. Her married name was Patricia May Carr, which reverted to Algar when she divorced in the 1970s. She moved to St Ives in 1976 after an initial period in Nancledra and spent her last 20 years or so in Marazion.

Algar painted continually throughout this time and her work is represented in numerous private collections throughout the United Kingdom as well as the public collections at Penlee House and Museum in Penzance and the Falmouth Art Gallery. From 1994 to 1996 she had a spell working in the United States, exhibiting in San Diego, California and Dallas, Texas. Her work has also been exhibited at the Rainyday Gallery in Penzance. Her interior scenes are noted for their muted hues and restrained subject matter. Her Memorial service was held in Marazion in May 2013, and donations to celebrate her life were given to W.S.P.A. (Big Bear Rescue). We cannot find another self-portrait of the artist.

This work is so evocative of the period it was painted in; being so wonderfully loose, fun and free.

The picture and original frame are left untouched with no restoration and there is no major damage to report to either. As per the photographs there are some small areas of flaked loss, some craquelure to the surface, with the frame having wear and tear commensurate with age. There are various markings verso including the official stamp for the artists’ studio. It remains uncleaned.