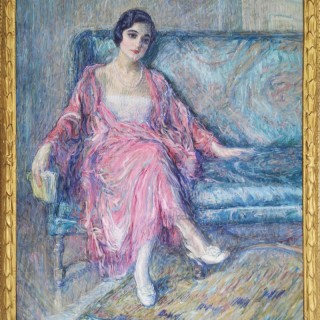 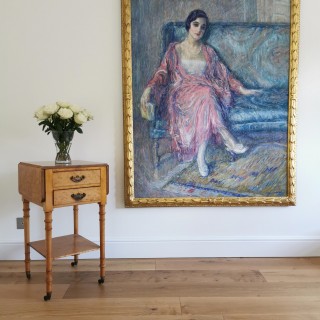 William Malherbe was born in Senlis, north of Paris, in 1884.

Early in his career he was commissioned by the French Government to design patriotic posters during the First World War, and continued after the War with a successful career in Paris, exhibiting at the Salon d’Automne and the renowned Galerie Durand-Ruel.

At the age of fifty five in 1939 at the outbreak of the Second World War he travelled to the USA. Here Malherbe settled in the town of Thetford, Vermont, continuing to paint and exhibit at the Corcoran Gallery in Washington DC. Ever faithful to the colourful, light-infused tradition of the Post-Impressionists, particularly influenced by Bonnard and Renoir, he continued to paint luminous landscapes, portraits and nudes whilst living in the USA.

William Malherbe returned to Paris in 1948, and died in 1955. The Musée de l’Art Moderne in Paris holds an example of his work, La Lecture, and examples of his paintings can be found in collections in France and the USA.