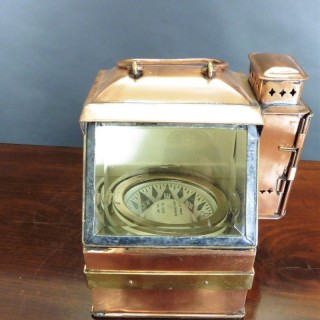 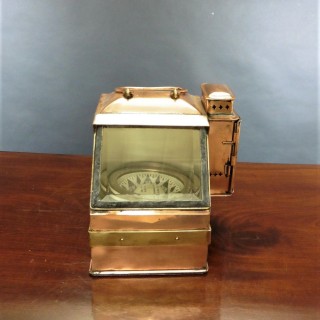 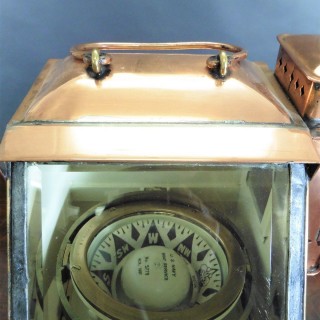 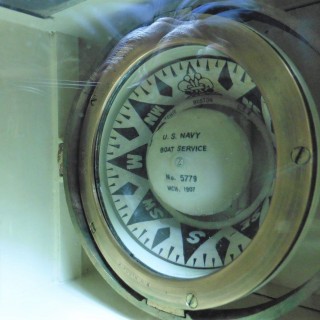 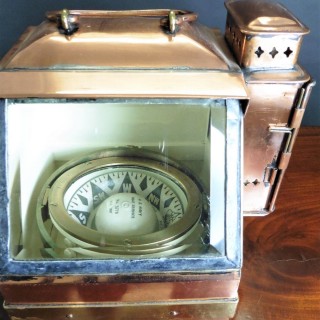 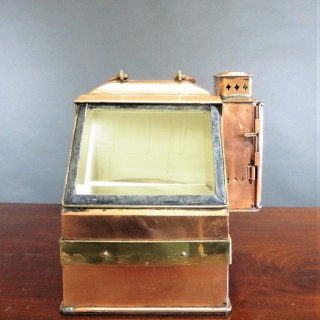 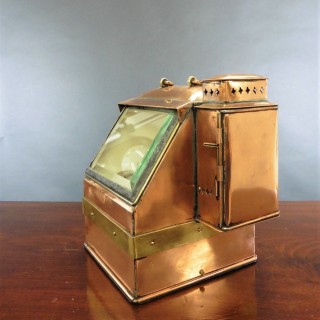 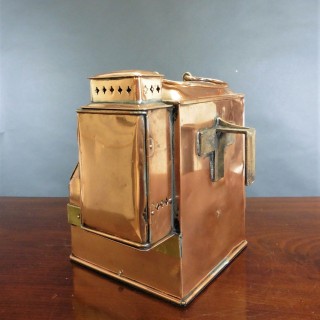 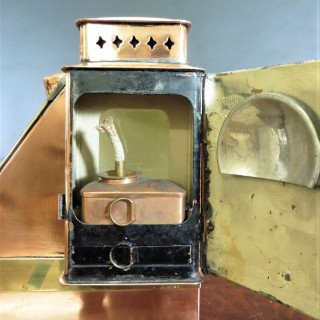 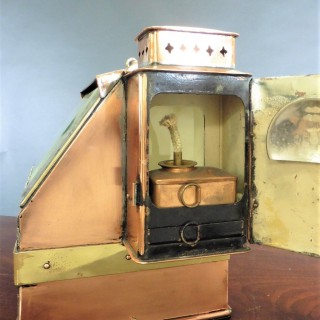 Nautical compass mounted by a brass gimbal into a copper brass bound case with sloping glazed aperture with heavily bevelled glass. Flat brass bezel with five holding screws signed ‘E.S.Ritchie’ and numbered 5779. Side opening compartment for a lighted wick with drawer beneath.

The compass is mounted in a heavy painted brass bowl with very fine copper pivot supporting the floating direction card. A diaphragm is located in the base of the bowl for temperature compensation. c.1910

E.S.Ritchie founded the business in 1850 to manufacture mechanical, electrical and scientific instruments. In 1857 he turned his attention to navigational instruments and begun making marine bearing compasses for the U.S.Navy before the American civil war. At the time the British admiralty dry mounted nautical compasses were considered by all navies and commercial shipping companies as the highest technological standard of the day, however, in 1860 Ritchie had received a US patent for the first successful and practical liquid-filled marine compass for general use. A major step forward in the technology of the compass. With the damping provided by the liquid, together with gimbal mounting, the floating card of the Ritchie compass remained relatively stable even when a ships deck pitched and rolled in heavy seas. His third patent of 1863 introduced a lightweight floating card of nearly the same specific gravity as the liquid, an air tight metallic case and an elastic chamber mounted in the bowl that served as a diaphragm, compensating for the temperature changes and resultant unequal expansion of the liquid in the bowl. Ritchie liquid filled compasses soon became the US Navy standard and forAmerican merchant mariners. He also invented an improved theodolite which was adopted by the U.S.Navy for measuring harbours and port entrances. The firm became E.S.Ritchie & Son following his death in 1895, it continues to operate to this day and is now located in Pembroke, Massachosetts. The company is known for the fine quality of it’s instruments and are to be found in ships throughout the world.