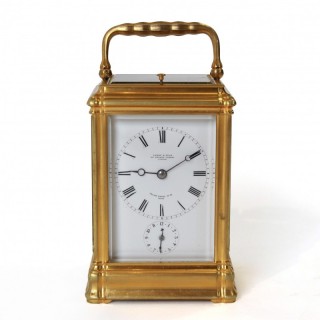 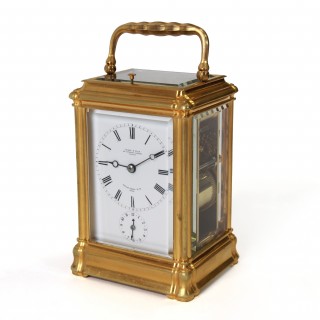 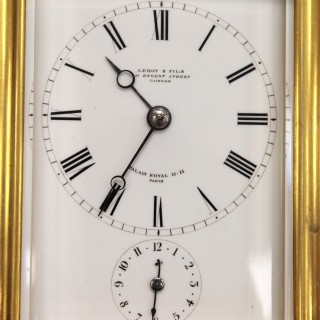 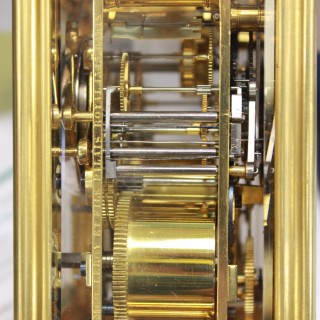 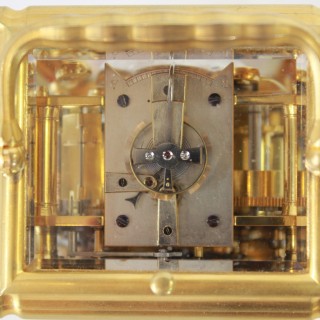 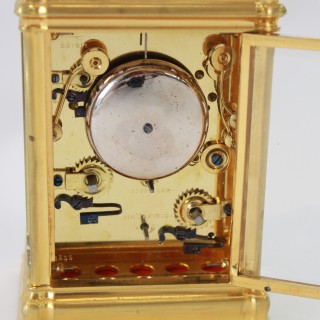 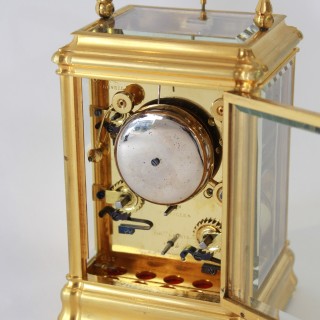 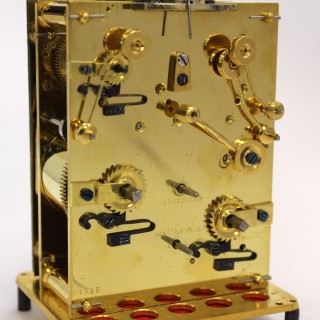 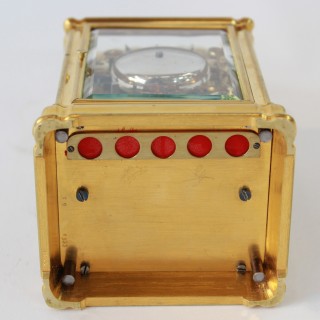 The eight-day bell-striking movement is petite sonnerie striking. That is, it strikes the quarters on a pair of bells, once each at quarter past, twice each at half past and three times at a quarter to. On the hour just the lower bell is struck, with the number of hours. The movement is signed 9160 LEROY ET FILS PALAIS ROYAL 13-15 PARIS along the side of one of the plates. The movement and case all bear the serial number 1555, and the inside of the plates reveals the blanc roulant number 395, indicating a very early piece.

The firm of Leroy et fils was founded by Bazile Charles Leroy in 1789. He was a clockmaker to the Emperor Napoleon, The Duke of Orleans, The Duke of Bourbon and Princess Pauline. In 1823, he filed a patent for self-winding atmospheric clock operated by a weather vane and in 1840 a patent for wind clocks. When Charles Louis died in 1865 his son Louis Leroy took over the running of the business. Leroy & Fils acquired 211 Regent Street sometime prior to 1866, and by 1875 had also acquired 213 Regent Street. By 1885, the firm had moved to Bond Street.