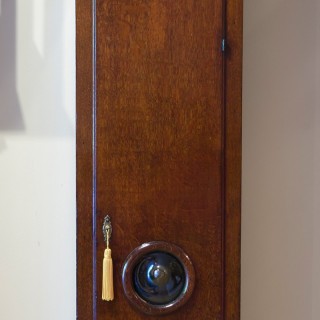 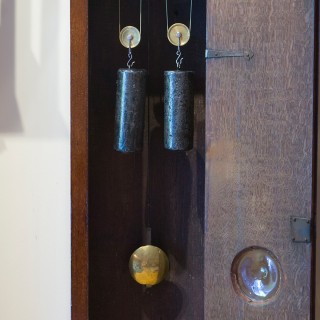 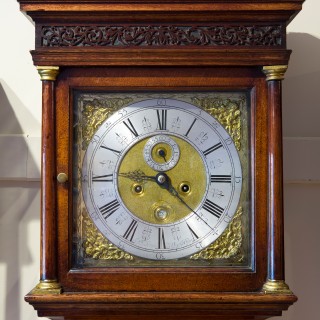 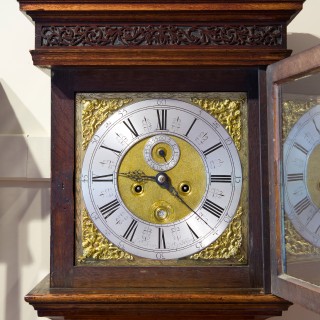 Made from the finest English oak, the hood with a moulded cornice above a finely carved blind fret frieze, tapering integral and quarter rear pillars with gilded capitals and side glazed apertures to view the movement.

‘Watchmakers and Clockmakers of the World’ by Brian Loomes lists Joseph Davies as working from Ratcliffe Highway, London from 1690 to 1711.
Ratcliffe Highway was a well known area for clockmakers in the eighteenth century. It is situated in the East end of London and at that time ran east from Tower Hill through Wapping and Shadwell to Limehouse and became infamous for the’ Ratcliffe Highway’ murders which took place in December 1811. The murders shocked London and the whole country because of the ferocity and violence of the attacks with seven people being killed in the space of twelve days.