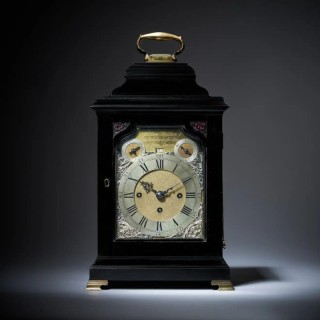 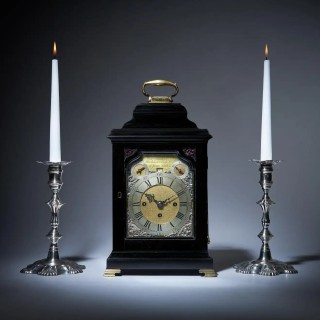 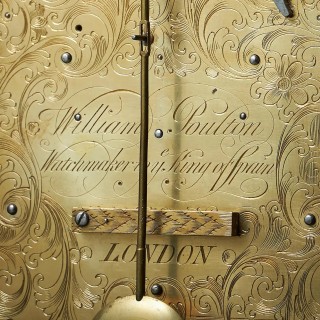 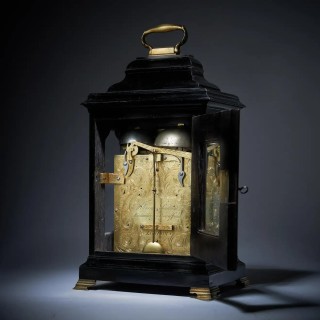 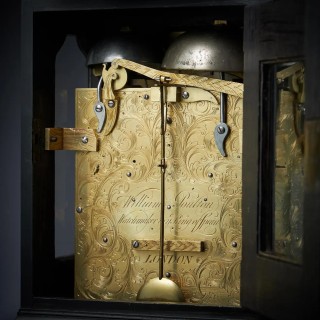 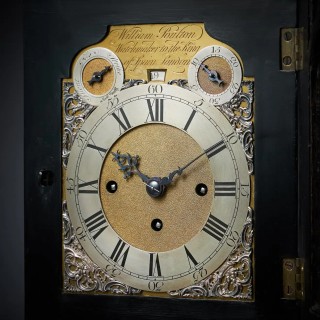 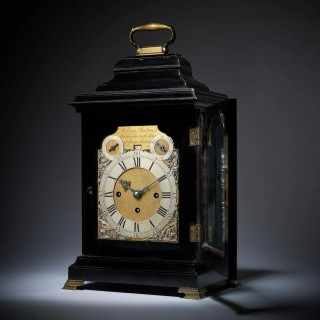 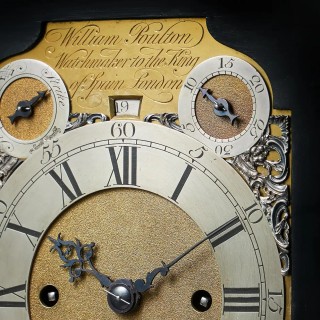 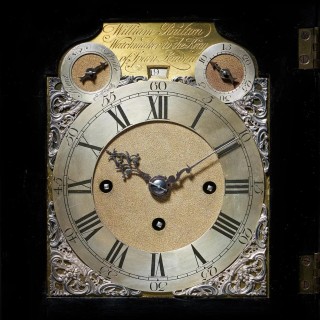 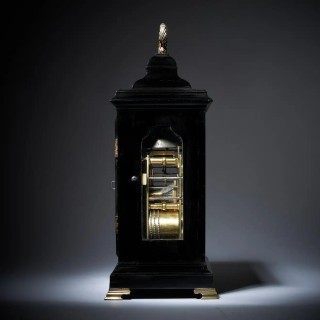 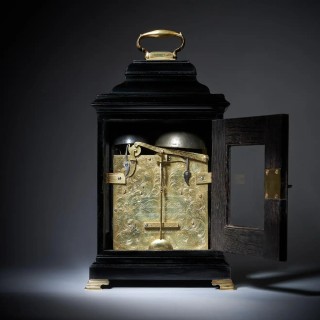 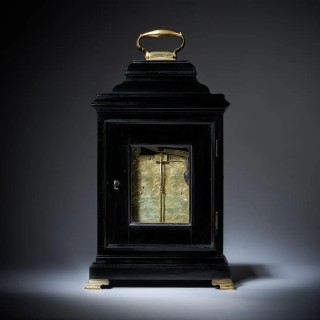 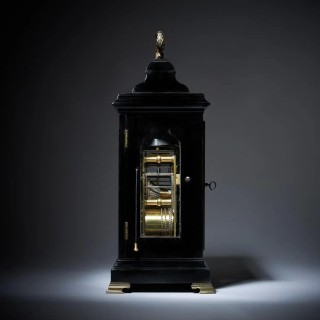 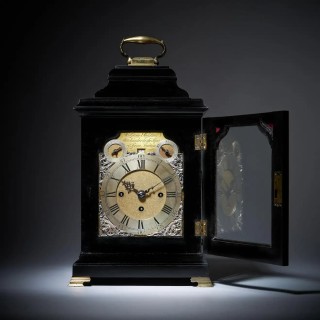 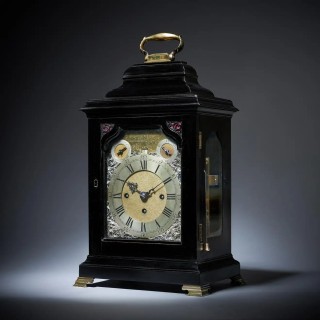 Watchmaker to the King of Spain.

A small and extremely attractive English eighteenth-century grande sonnerie striking spring clock with an ebonised fruitwood veneered oak case, made circa 1750. The inverted bell top case is glazed on all sides so that the movement is almost entirely visible. The case is surmounted by a brass handle and rests on shaped brass feet.

The dial, which is shaped at the top, has a silvered Roman and Arabic chapter ring, surrounded by silver rococo spandrels. In addition, there are two subsidiary silvered rings in the shaped top, the right one for rise-and-fall regulation, the opposite for switching off the striking mechanism (strike/silent). The date is indicated in a date aperture situated above the XII.

The maker has signed the dial at the top between the subsidiary rings in the following way:
William Poulton
Watchmaker to the King
of Spain London

The time is indicated by a pair of finely made blued steel hands on the silvered chapter ring.

The eight-day triple fusee movement has a going train, with verge escapement, a rack quarter striking train on a small bell as well as a rack hour striking train on a larger bell. To produce this small clock, the maker positioned the striking train fusees facing the great wheels to the front to save space. The last hour and quarter can be repeated at will by pulling a cord on the side of the clock (trip repeat).

The maker
William Poulton was active as a clock and watchmaker around the middle of the eighteenth century. Obviously, he had Spanish royalty as his client, but otherwise not a lot is known about this maker, which is remarkable given he quality of this clock. Several clocks by his hand are known.

Good
Wear consistent with age and use. Fabulous condition and keeps very good time. The movement has been restored.