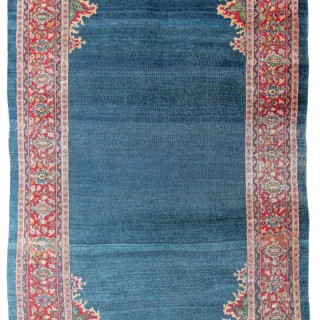 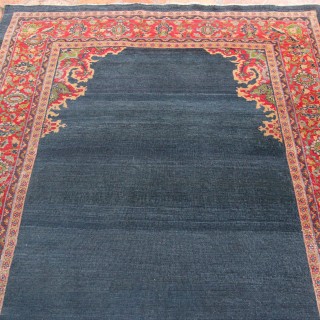 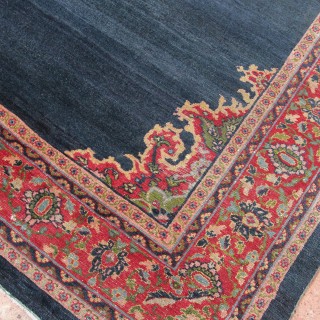 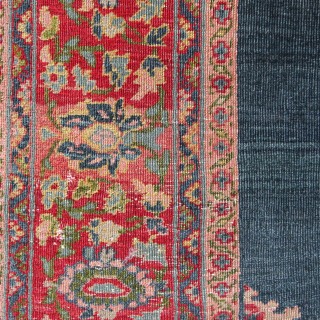 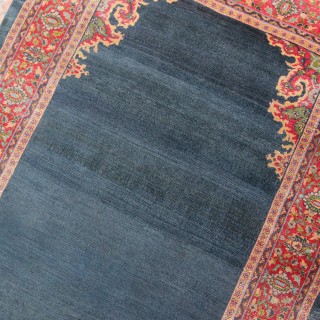 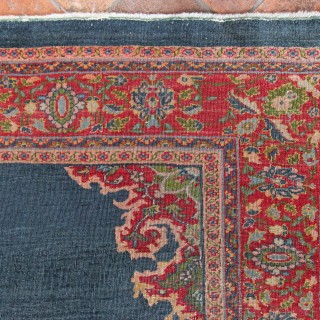 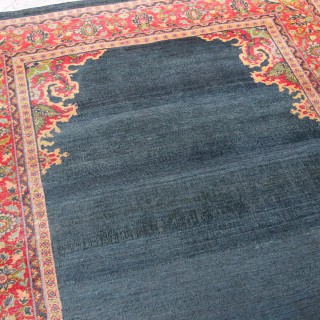 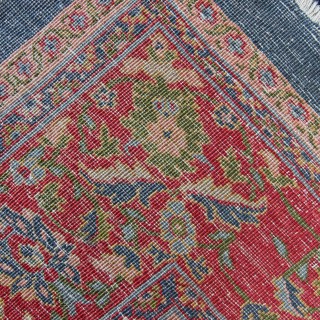 A very unusual open field antique Ziegler rug with a finer weave than normal.  The border is typical of Ziegler weavings with a repeating flower and vine design, but the wonderful open steel blue field was used in the design very rarely.  Some subtle changes in the pale blue background we can see as definitive lines going across the rug which often is mistaken for wear or restoration.  It is actually a dye change which we use the term ‘abrash’ for.  Antique Ziegler rugs and carpets are some of the most desirable carpets and rugs from the late 19th century and are beautiful coverings for the floor.

We offer the service of viewing any of our antique carpets & rugs in-situ in London, Surrey, Hampshire & all over the UK by appointment.  Please request a home visit or email us for further details.

In 1883, Ziegler and Co, of Manchester, England established a Persian carpet manufacture in Sultanabad Persia, which employed designers from major western department stores such as B. Altman & Co of New York and  Liberty, to modify 16th- and 17th-century Eastern designs for the more restrained western taste. Using highly developed dying techniques, and the best artisans from the region, the Ziegler Co created rugs with bold all-over patterns and with softer palettes than their vibrant Persian counterparts.

Condition wise it is fairly good, with some lower areas of pile and minimal wear showing on some of the outer edges of the rug. Structurally it is absolutely fine, all outer steel blue edge is showing all the way round, so hardly any losses here. No restoration has been done to this 130 year old rug, as it would tarnish the charm of this rare Ziegler rug.  We include underlay with every carpet or rug and this would aid keeping this rug secure and flat on the floor, which also helps to preserve the rugs condition.