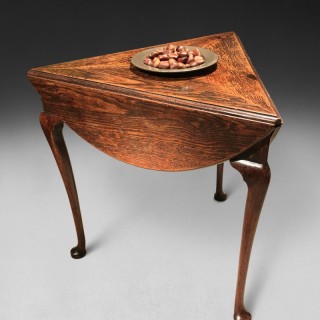 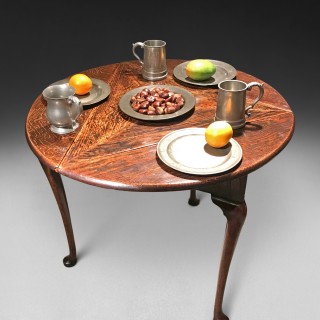 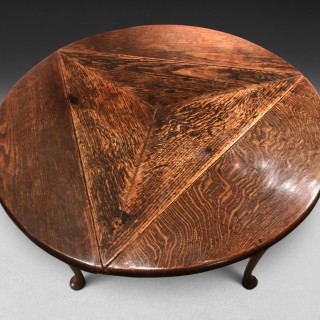 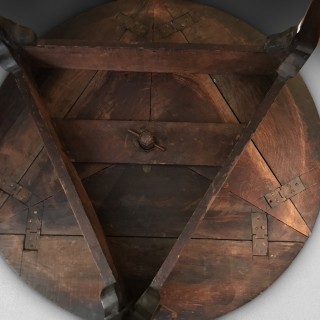 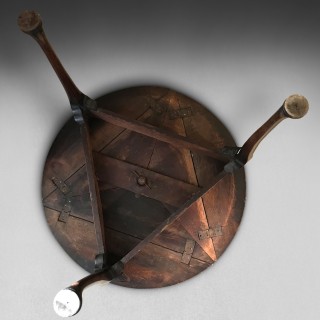 No: 10984
An incredibly rare George II Period Oak Folding Drop-leaf Triangular Corner Table forming a circular table when the flaps are raised and the whole raised on three cabriole legs terminating in pad feet
Circa1740

Note: Three legged tables are often referred to as Cricket Tables which seems to be a myth. Perhaps because so many of these tables have been used outside inns near village greens and some authors have concluded that this type of table was named after the sport played there with some suggesting that the three legs of the table are a connection to the three stumps of the wicket. In fact they are named after the archetypal stool or “cricket” which was a three legged affair meaning it could be stood on uneven floors or ground without wobbling

In Georgian times they were often referred to as Drinking Tables and were used in alehouses.

Very good, minor marks commensurate with age and occasional use.