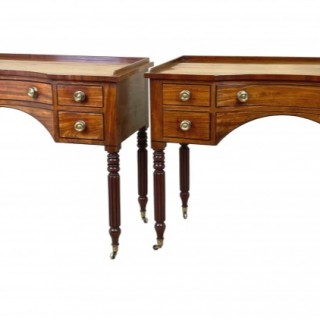 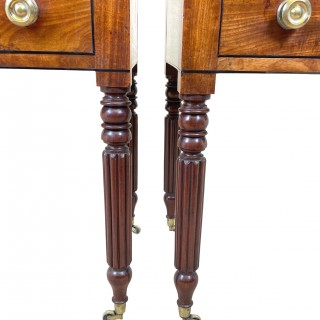 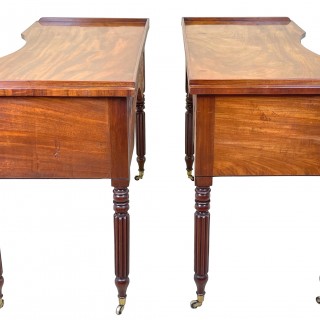 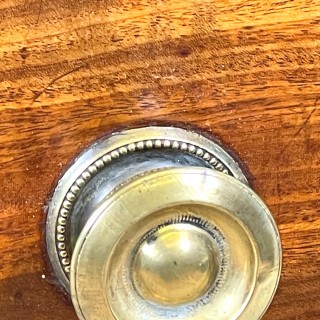 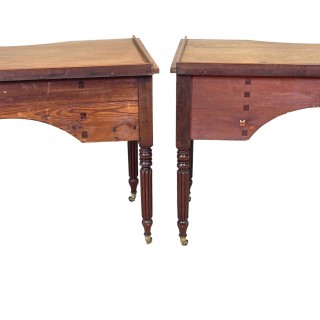 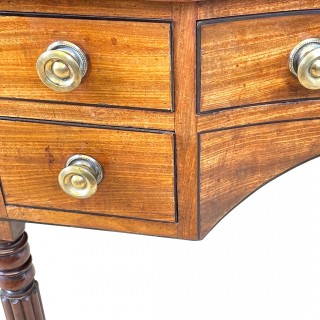 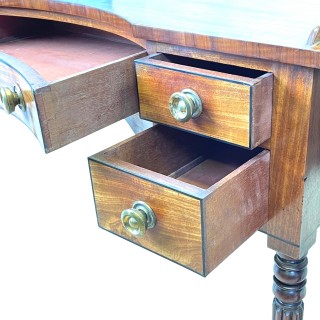 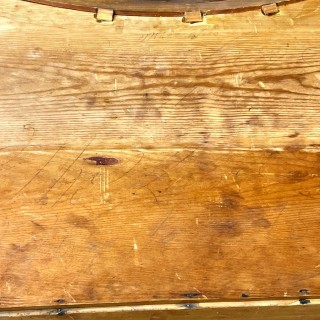 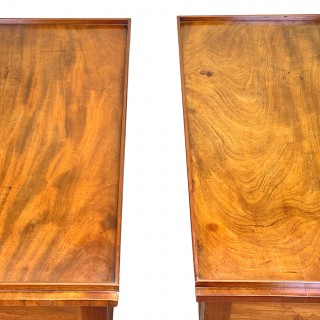 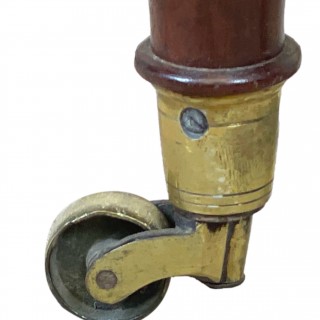 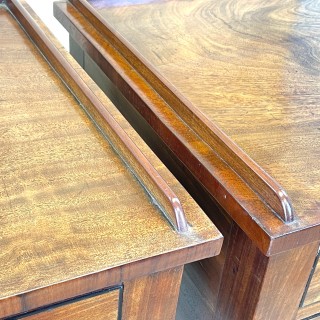 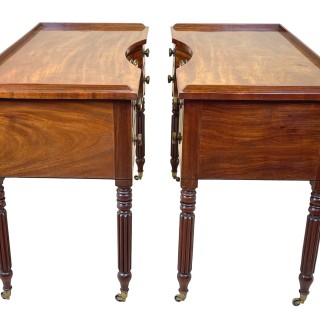 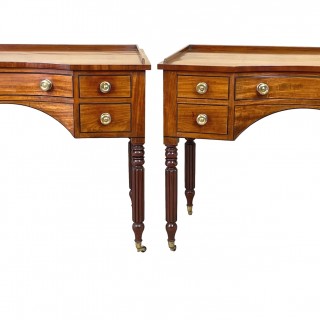 This concave fronted design of dressing table was made popular by Thomas Hope’s Household Furniture and Interior Decoration, 1807 and George Smith’s Collection of Designs for Household Furniture, 1808. Also a rough pattern for this design of table can be found in Gillow’s own 1806 Estimate Sketch Book. There have also been many similar documented and stamped examples over the years of comparable design and quality which were supplied by Gillow’s to some of the best country houses in the UK.

Interestingly there is a long pencil inscription to the underside of one of the drawers of these tables, which we strongly suspect dates to the original maker and explains where they were made, who they were made by and what house they were made for. This often happened with furniture which was being made on Gillow’s behalf by other local cabinet makers so that when the articles arrived at Gillow’s workshops for quality checking it was obvious who they had been made by and where they were destined for. Unfortunately despite many attempts we have been unable to transcribe exactly what the pencil inscription says and the only part of it which is very clear to make out is the year 1829. That actually ties in nicely with date of between 1820 and 1830 which we would have expected these tables to have been manufactured around.

There is absolutely no doubt that the quality, design and construction of these tables mean they were made either in, or for, the Gillows Of Lancaster workshops, from where they would probably have been supplied to a large English country house. The choice of mahogany timber which has been used is exceptional, the secondary timbers are also all high end and they are incredibly elegant. They are also still as fit for purpose today as they were the day which they are made.

Another nice feature is that these are a true pair, not just two similar which have been placed together as is often the case. They also retain their original handles and their original brass castors and have clearly been well loved and cherished as well as well used throughout their long lives.

Absolutely perfect for such a host of different uses in modern times these are a real showstopper and the kind of article which just doesn’t come along that often.

As with all the items which we offer for sale they have been attended to by our skilled traditional furniture restorers to ensure they are in good condition ready for immediate use within the home environment before we have offered them for sale.

attributed to gillows of lancaster