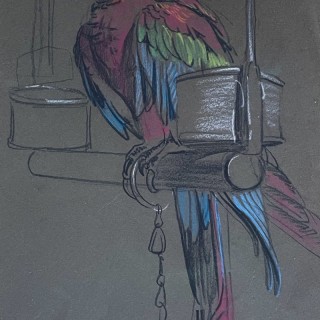 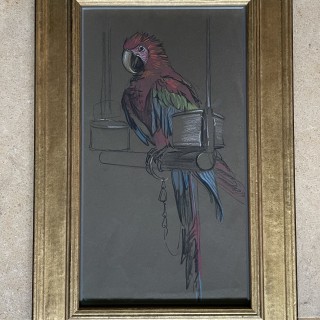 Sheppard was born in London and educated at Christ’s College, Finchley before going on to study at the London School of Printing and Graphic Arts. He became a free-lance artist and illustrator, mainly of natural history books and studied his subjects at the London Zoo and in the Natural History Museum, South Kensington. During the Second World War he was attached to the RAF Photographic Section. He taught for three years at the London School of Printing. His How to Draw handbooks, which were part of the Studio series, ran to many editions and made him a household name: How to Draw Birds was first published in 1940; Drawing at the Zoo in 1949 and More Birds to Draw in 1956.